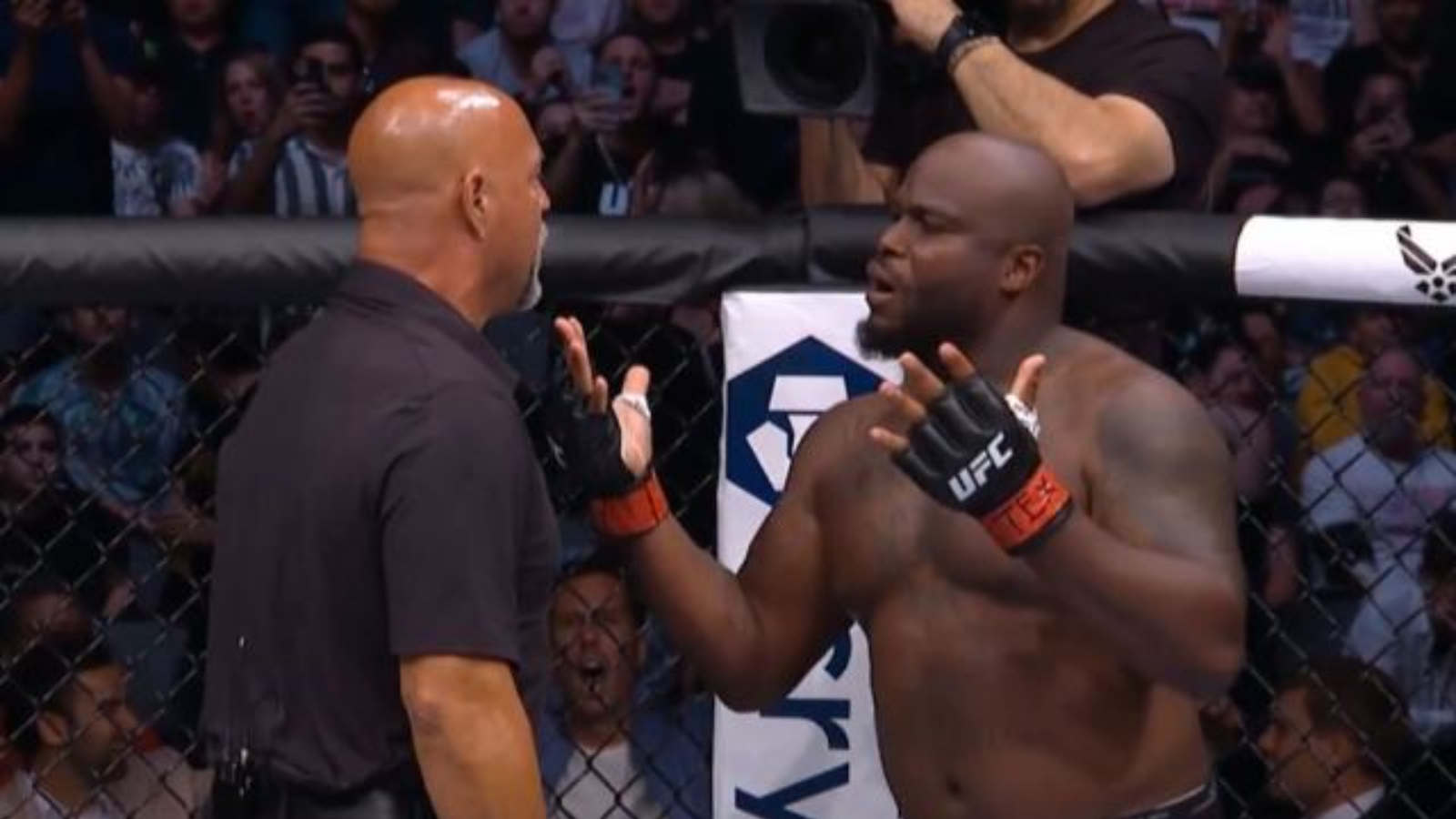 The Texas Curse does not seem to break for UFC heavyweight Derrick Lewis. The fan favorite has never been lucky to fight in his home state and yet again the fighter falls short against an opponent at UFC 277. The deadliest knockout artist in history falls prey to an early stoppage and the pros react on Twitter.

Derrick Lewis returned to the octagon today against rising Russian talent, Sergei Pavlovich. The Black Beast was set to rock the American Airlines Center in Dallas, Texas at the pay-per-view card of UFC 277. There is no doubt most of the crowd in the arena were there to watch the knockout artist in action but unfortunately were left disappointed. Lewis vs Pavlovich lasted for barely a minute on the main card of UFC 277.

Derrick Lewis was stopped by Pavlovich in the very first minute after the Russian managed to land several strikes on the Black Beast. As the Texas native went to the floor, Dan Miragliotta was early to call the fight off and did not allow Lewis to fight back and prove that he still was in the fight. Pavlovich might be a happy man after the victory but Lewis and his fans were sure, not happy about that decision.

Several professional MMA aces too expressed their disappointment towards that loss on Twitter. Most of them believe that it was an early stoppage and the fans too were outraged by the referee’s decision. This was Derrick’s chance to break his curse in Texas and it is truly a heartbreaking end to the Black Beast’s fight. He now is on a two-fight losing streak. Derrick will surely be the people’s champ nevertheless. Continue reading to see some of the pros react to this heavyweight fight.