Rob Font vs Jose Aldo kicks off at UFC Vegas 44 this weekend and who is better than top bantamweight Pedro Munhoz to give us a preview of the exciting clash.

#4 bantamweight fighter Rob Font will be taking on UFC legend and #5 bantamweight Jose Aldo this weekend in a headliner at UFC Vegas 44. The two elite fighters will be looking to win at the UFC Apex and get close to a title shot. Pedro Munhoz, who has fought both Rob Font and Jose Aldo recently gave his two cents on who can come out as a winner.

Pedro fought Rob in 2017 and submitted his opponent in the very first round. He also fought fellow countryman, Jose at the pay-per-view event UFC 265 and lost via unanimous decision. In a recent episode of the podcast Trocação Franca, Pedro revealed that he thinks Jose might have the edge over Font in the upcoming fight.

In the podcast, Munhoz said, “Font is a very technical and versatile guy, a dangerous guy with a long reach. Jose Aldo has a long reach, but I believe Jose Aldo [wins] because he’s more resilient and powerful. He’s stronger and knows how to dictate the pace in his favor. I wouldn’t be surprised by Aldo winning.”

Despite facing a bitter loss against Jose in his fight at UFC 265, Pedro has no hard feelings when it comes to accepting the greatness of his fellow Brazilian. Pedro believes Aldo is coming to get the bantamweight title and it won’t be too long before we actually see it as reality.

“I believe there’s a huge possibility,” Munhoz said on Aldo becoming champion again. “I had the opportunity to train with Petr Yan here at American Top Team and he’s a great guy. He showed how skilled he is in his last fight against Sandhagen, but, when we talk about strength and power, Jose has the edge.” [translation from Portuguese by MMA Fighting]

“We learn in defeat as we do with the wins and I think he started moving better on the outside since that fight. It was hard to find him. With this new skill now, I believe that fight between Aldo and Petr Yan would be a show,” said Munhoz on the former featherweight champion Jose Aldo beating the current bantamweight champion, Petr Yan. 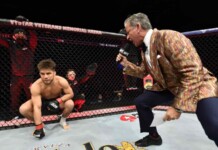 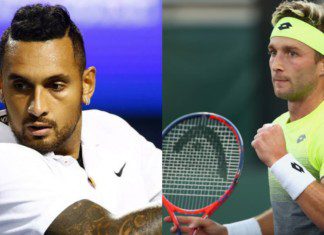 T Rushitha - January 17, 2022
Home favourite Nick Kyrgios will begin his campaign at the Australian Open 2022 as he takes on qualifier Liam Broady in the first round Nick...