Why is Montreal Screwjob considered the most controversial moment in WWE history? 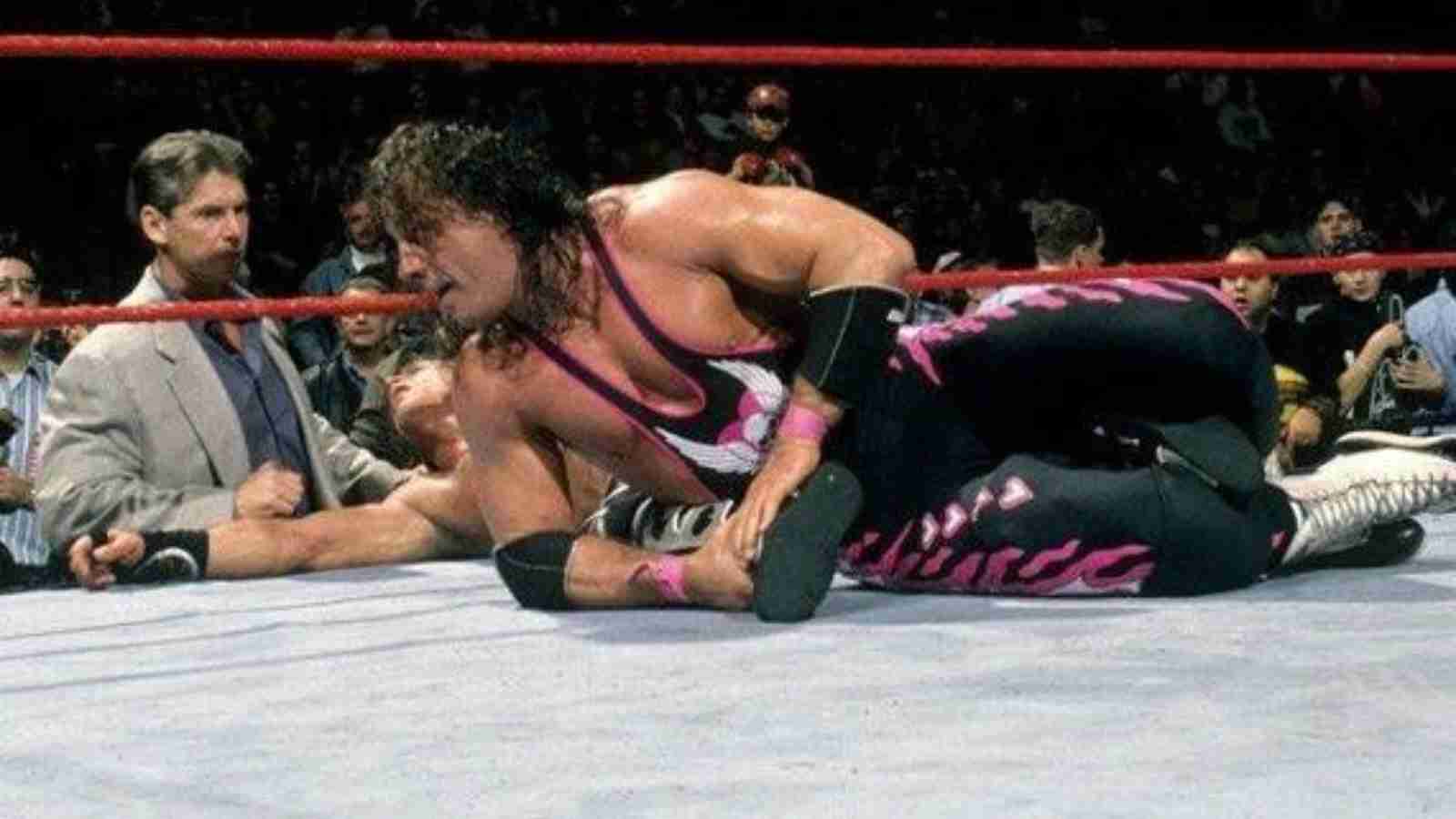 The world has witnessed many controversies, but the WWE’s Montreal Screwjob in 1997 is still regarded as one of the most significant moments in history. It has been almost 25 years since the incident occurred, but not many know the story behind the entire real-life drama. So, let’s have a look at the event in detail.

The incident began in 1997 when Bret ‘The Hitman’ Hart was at the pinnacle of his fame and was in a real-life feud with Shawn Michaels. Hart was on a roll in his career and had won the WWF Championship at the time, but he surprisingly announced that he was leaving the company to join WCW for better opportunities.

Before heading to WCW, Bret Hart needed to give up the championship, and Vince McMahon picked Shawn Michaels to dethrone him. Because of the real-life drama, Bret refused to hand the belt to Shawn but agreed to a Survivor Series battle with him.

Hart expected to retain the championship during the bout, but something significant was in the works behind the scenes. Survivor Series took place on November 9, 1997, with the main event being Bret Hart vs. Shawn Michaels for the WWF Championship, and the referee was Earl Hebner, who was planted by Vince McMahon.

Shawn Michaels and Bret Hart had a terrific bout, but the moment of truth arrived when HBK used a sharpshooter on the Hitman. While many expected the match to continue, this is where the most shocking turn took place. Despite not tapping to the sharpshooter, referee Earl Hebner called an end to the contest, and Shawn Michaels became the new champion.

Vince McMahon might have made a horrible decision by forcing Bret to lose the championship to Shawn Michaels. While this enraged Bret and his fans, the company’s reputation suffered a hit too. Hart was so enraged by the incident that he spat on McMahon’s face on live TV.

The most stunning element was when Vince said that Shawn Michaels was never a part of anything. Vince took precautions to protect HBK’s reputation, but that did not work too long, as later revelations brought light to the fact that Michaels was aware of the plan.

The entire affair is known as the Montreal Screwjob since it occurred in Montreal, Canada. Many also say that a backstage brawl occurred that day, and after a confrontation, Bret hit Vince in the face.

Bret Hart returned to the WWE after the Montreal Screwjob

Many expected the Montreal Screwjob to end of Bret Hart’s career in the WWE as the legendary wrestler never returned to the organization for eight years. But in 2004, Hart made an appearance in WWE video games. He further shocked the pro wrestling industry when he made a guest appearance on WWE Programming ‘Byte This’ in 2005. In 2006, WWE acknowledged Hart’s contribution to the company and inducted him into the Hall of Fame.

While he appeared on RAW in 2007 for the first time since 1997, Hart officially signed with the company in 2009. On his return, ‘The Hitman’ feuded with Vince McMahon, which led to a bout between the duo at WrestleMania 26 in 2010. Hart defeated McMahon by submission during the match and ended a rivalry that lasted almost 13 years.

Also Read: “When I climb that ladder, I am climbing it with even more fire, more aggression than anyone has ever seen out of me” – Shotzi claims she would be a danger to her MITB opponents

Bret Hart had an eventful time with the organization that year, but due to his age, he had to retire from ring competition. Since then, ‘The Hitman’ occasionally appeared on WWE programming. While many thought Hart would never return to the WWE after the Montreal Screwjob, fans were glad to see he made peace with the past.