by Harsh Pandey
in WWE Divas 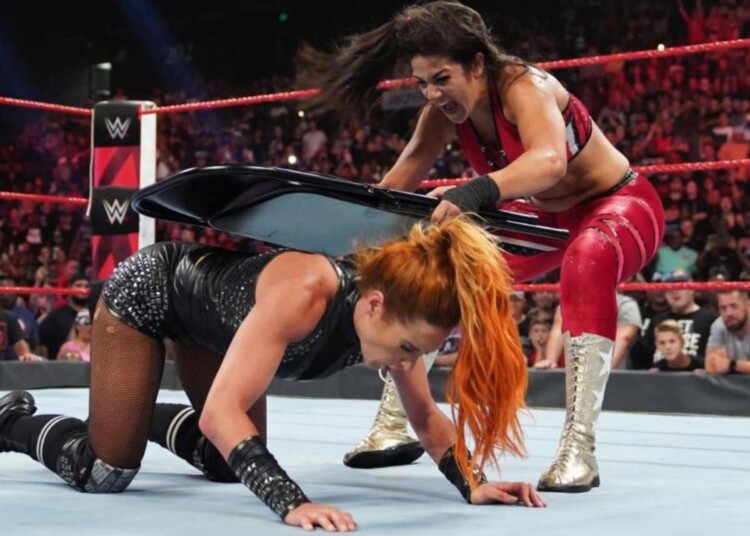 Monday Night Raw is celebrating its 30th anniversary next week, and it has some big matches slated for the show. The fans will get to see two championship matches for the US title and the tag titles next week. Additionally, another big women’s match announced is the steel cage match between Becky Lynch and Bayley.

Bayley and Becky Lynch have been feuding ever since ‘The Man’ made her return in November. While Becky Lynch and others got the upper hand at the Survivor Series War Games match, Bayley defeated the Irish superstar in a singles match on Raw. The steel cage match will be an interesting stipulation as Becky Lynch wants to keep Bayley’s Damage CTRL mates, Dakota Kai and Iyo Sky, out of the match.

Related: “She’s the future but I’m still the present,” Becky Lynch assesses Rhea Ripley as the Undisputed future of WWE

What are the future plans for Bayley and Becky Lynch?

Currently, it seems like Becky Lynch and Bayley will both be at the women’s Royal Rumble match. Although it has not been confirmed yet, neither superstar has any other matches announced for the event. With both being two of the biggest names in WWE, fans can most certainly expect them to be at the 30-woman match.

Becky Lynch was once a favorite to win the Royal Rumble match. Though she can still win, the current odds-on favorite is Rhea Ripley. On the other hand, it doesn’t seem like Bayley will get her first Royal Rumble victory this year either. There are some seeds of dissension among the Damage CTRL members, planted by Lynch. It will be interesting to see whether this will blossom into a full betrayal on the road to WrestleMania or if they will find their way back as a unit against Lynch.