“The Man With a Plan!” Twitter Erupts as Becky Lynch Proves To Be The Final Nail in the Coffin for Damage CTRL at WarGames 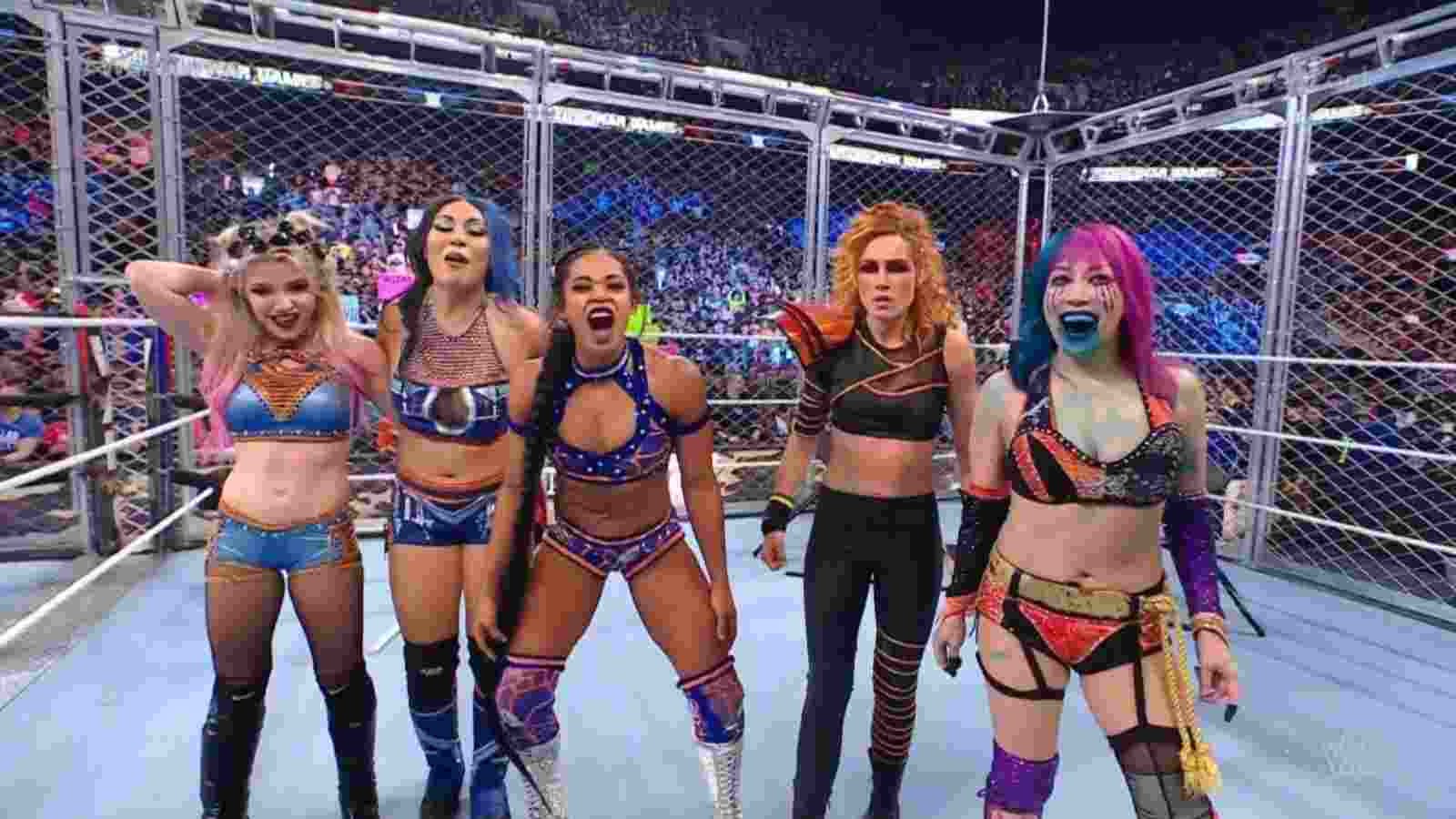 There was a lot at stake as Survivor Series dropped its traditional 5-on-5 format and adopted WarGames this year. The show opened up with the Women’s WarGames match where Team Bianca (Bianca Belair, Asuka, Alexa Bliss, Mia Yim, and Becky Lynch) took on the team of Damage CTRL, Rhea Ripley, and Nikki Cross.

Bianca Belair started for her team against Damage CTRL’s Dakota Kai, who has earlier been a part of the demanding match type thrice. The two collided for 5 minutes before Iyo Sky joined the action to outnumber Bianca in a 2-on-1 situation. After 3 minutes, Asuka from Team Belair entered the cage, leveling the playing field.

Nikki Cross entered next with destruction in her mind as she threw in as many weapons as she could. Alexa Bliss was the next one to enter as she shifted the momentum in her team’s favor. Nikki Cross took a fly high right from the top of the cage, taking out everyone in the ring as Bayley made her way to the ring.

“Michin,” Mia Yim was the next one to enter and continued to add weaponry to the match. “The Nightmare” Rhea Ripley entered, followed by the recently returned Becky Lynch. Complete chaos and destruction followed as the match finally got official. Becky Lynch became the final nail in the coffin for her opponents as she sealed the deal with a leg drop off the top of the cage on Dakota Kai and IYO SKY through the table.

Also Read: “That Really Drives Me”- Alexa Bliss Speaks About Not Winning a Women’s Championship in the WWE in Recent Years

Well, there were enough moments in the match to easily describe it as one of the best matches to go down in the history of WarGames. The fans were in an awe of the women’s division after the match, as many called it, the start to the much-awaited event. Becky Lynch’s daredevil finish received a lot of praise as well.

Also Read:“I Am Not Young” Mandy Rose Opens Up on Her Retirement from WWE

Reactions from across the globe poured in on social media. Many fans thought there could have been an alternate ending to the match with Bayley’s Damage CTRL coming on top to establish their supremacy, but it seems like Triple H has other plans. Here are some top reactions from Twitter: