WATCH: Jey Uso and Sami Zayn Embrace Each Other After Bloodline Dismantle The Brutes 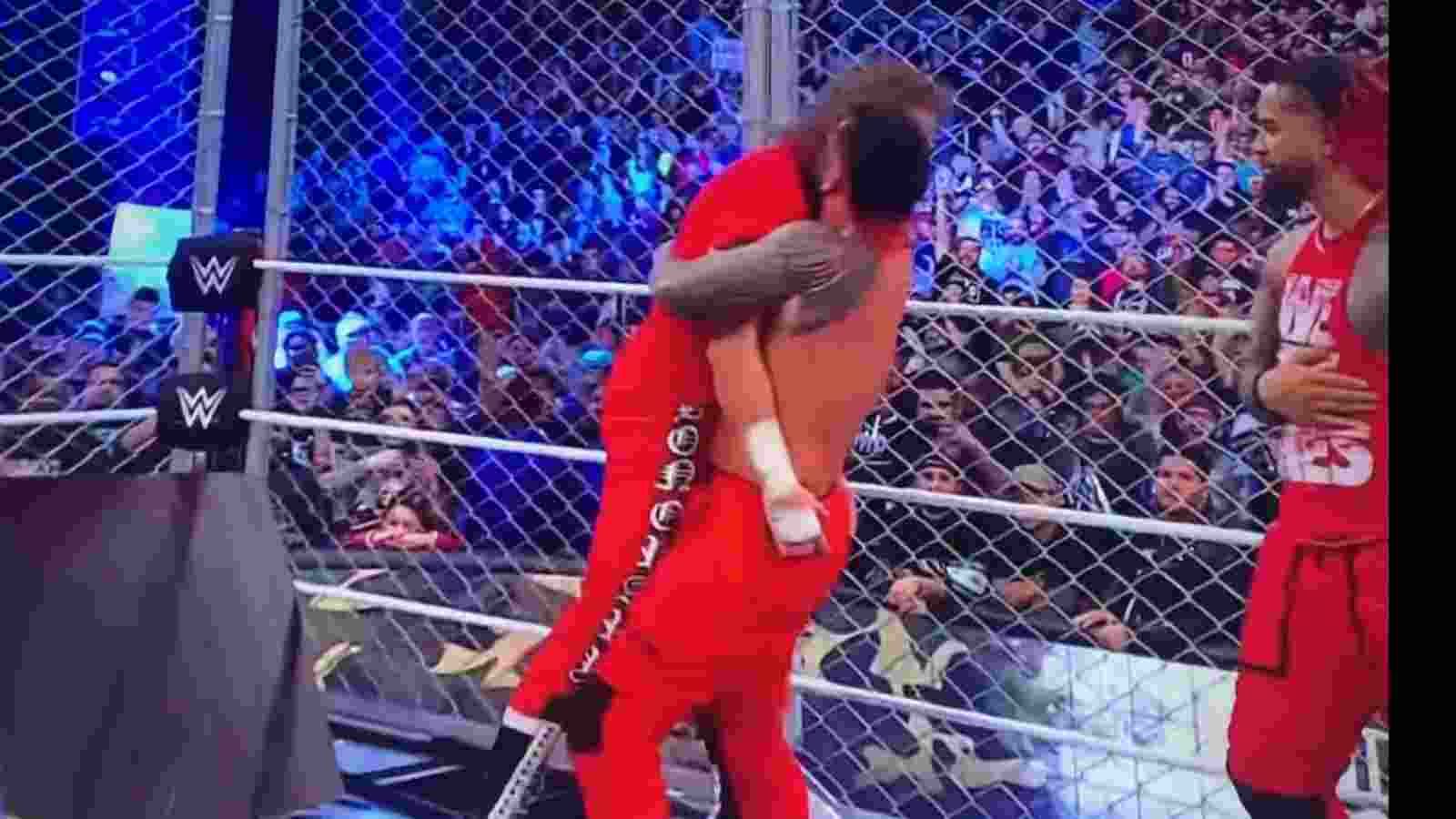 Sami Zayn and Jey Uso have never been on the same page since Zayn joined The Bloodline and the reasons were pretty simple. Jey Uso has always believed that Roman Reigns should not trust Zayn as he will betray the family some day. But it seems like the two have finally buried the hatchet following the WarGames match.

Survivor Series 2022 saw The Brawling Brutes, Kevin Owens and Drew McIntyre take on The Bloodline in a WarGames Match. While the match went as per everyone’s expectations, the finish of the match came as a surprise to many. Reason being Sami Zayn’s often questioned loyalty for The Bloodline.

After Jey Uso pinned Kevin Owens to secure the pin, something unexpected happened. In an unbelievable turn of events, Jey Uso embraced ‘The Honorary Uce’ with a warm hug. The Tribal Chief also hugged Zayn after the victory in a heartwarming moment. You can watch the moment.

There was a constant tussle in the group after what transpired on the last SmackDown before Survivor Series. This prompted Roman Reigns to confront Sami Zayn right before their match at Survivor Series to confirm his loyalty towards The Bloodline, to which Zayn assured he is loyal and would prove it inside WarGames, which he did!

In an unexpected turn of events, Sami Zayn betrayed his long-time friend Kevin Owens. First, he stopped the referee from counting the pinfall when Owens was pinning Roman Reigns to clinch the victory for his side. This proved to be major significant change as Owens was expecting Zayn to turn on The Bloodline.

Second, Zayn turned on his 25 years of friendship with Owens as he “low-blowed” him, followed by a Helluva Kick. He then sacrificed Owens for Jey Uso to connect the Uso splash and pick up the win for The Bloodline.

Kevin Owens had warned Sami Zayn on the latest edition of SmackDown that if he doesn’t turn on The Bloodline, The Bloodline will eventually turn on him, and he needs to make a choice. The entire conversation was being overheard by Jey Uso, and he told Reigns that Zayn was going to betray them. But it now seems clear that The Honorary Uce has made his choice, and is loyal to The Bloodline.

Also Read: WWE Hall of Famer RVD makes a remark on those who start debating other people’s opinions

“Why not Zach Wilson then?” – Social media ENRAGED as Ravens’ Tyler Huntley named as AFC quarterback for the Pro Bowl replacing Josh Allen