Trevor Mann was born on October 11, 1988. He is an American professional wrestler and currently performs on WWE Raw. The WWE Universe knows him as Ricochet. This is just one of the ring names that he has used throughout his career. His other names include – Cameron Locke, Prince Puma, Helios and Principe Ali.

Ricochet signed with WWE in 2018 and he beat Fabian Aichner in his debut match on NXT. During his time on the black and gold brand, Ricochet held the NXT Championship. Within just a year of signing with WWE, Ricochet started appearing on the main roster. He won his first main roster title at Stomping Grounds, where he won the WWE United States Championship.

But his time on the main roster has not been as smooth as he would’ve liked it to be. Ricochet has been stuck on the mid-card for quite a while now and often goes missing from WWE TV for weeks. But currently he seems to be in the middle of a push, as he has become a regular feature on WWE Raw.

Ricochet net worth, as of 2021, is estimated to be $3 million. As per his WWE contract, he earns a basic salary of $450,000. While he is a part of the WWE mid-card, he isn’t seen on WWE PPVs regularly. Hence, his earnings from PPVs might not be much, but he also earns from merchandise sales.

Ricochet is currently dating WWE NXT Superstar Kacy Catanzaro. He was earlier married to Maria, with whom he had a child.

Q. What is the salary of Ricochet?

Q. What is Ricochet’s real name? 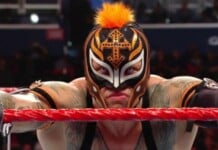 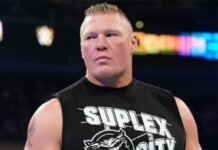 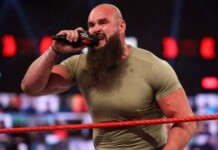