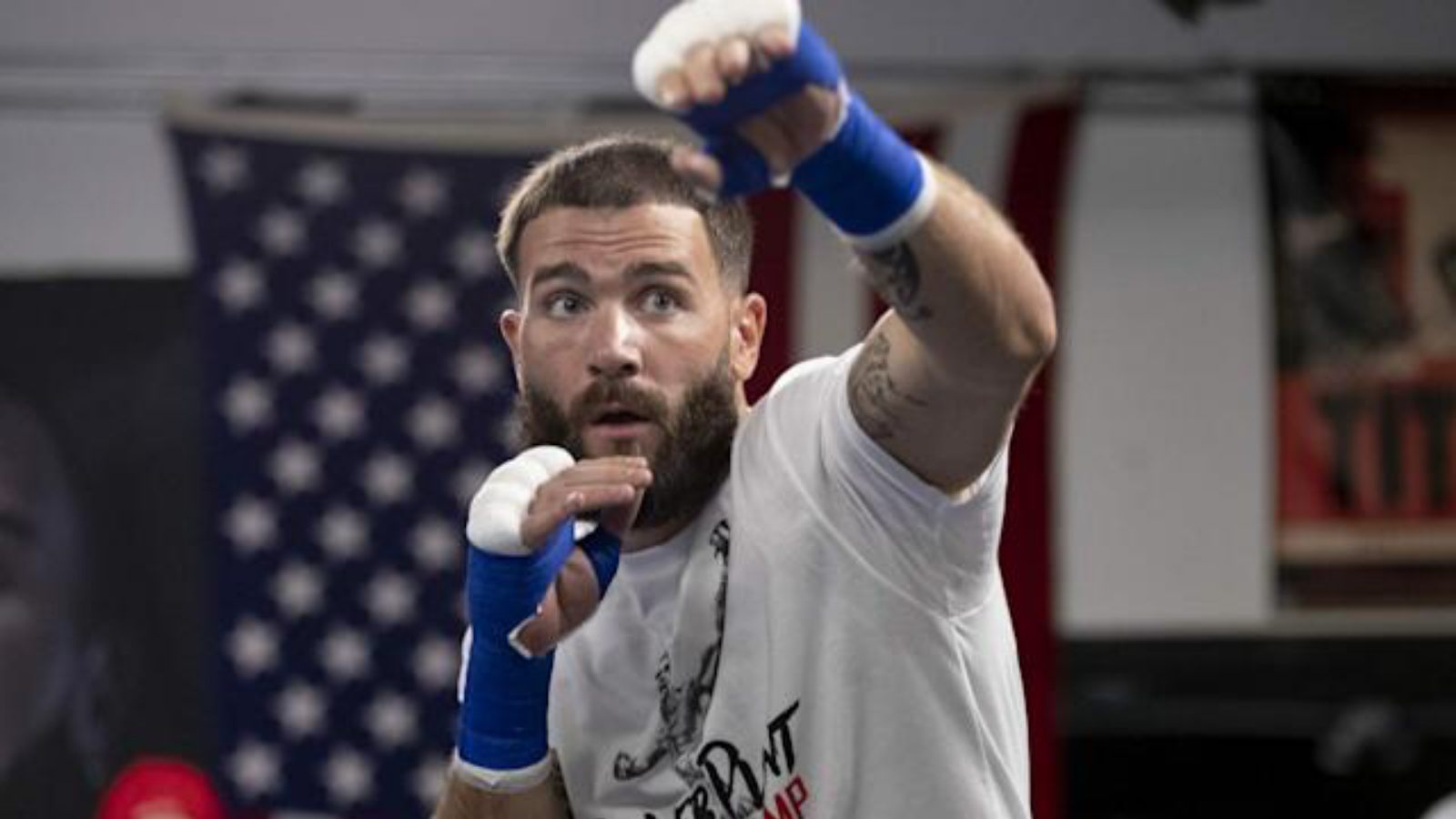 Caleb Plant is one of the best boxers in the world right now. “Sweethands” is incredibly slick inside the boxing ring, and his professional record stands at 22 victories and only 1 loss. The American is known for his captivating strike and incredible punching power, so let’s take a look at Caleb Plant net worth.

Caleb Hunter Plant was born in Ashland City, Tenessee, United States of America. The boxer was born on July 8, 1992. He stands tall at a height of 6 ft 1 in and walks around weighing 168-170 pounds. He prefers fighting in super-middleweight weight in boxing. A world championship with multiple defenses has added to Caleb Plant net worth.

As per FreshersLive, Caleb Plant net worth is estimated to be around $5 million. The fighter is on the rise to becoming one of the most well-known superstars in boxing. Plant holds the IBF super middleweight championship which helped him jump to the Milly range of net worth. The fighter also has a ton of endorsements which eventually helps the boxer boost his value.

Plant’s biggest fight came against the Mexican legend, Canelo Alvarez. They fought back and forth for a while, but Canelo eventually took over to secure the TKO victory. Even though it was the first loss of his professional career, his stock didn’t drop, and he earned some big bucks. Plant then bounced back from this loss by beating Anthony Dirrell in his last fight, and that significantly added to his net worth.

Caleb Plant has been boxing since the very tender age of 8. The fighter as an amateur won several titles and had a splendid record of 97-20. His first-ever professional bout came in the year 2014 against Travis Davidson. Plant, being the elite boxer he is, knocked out his opponent in the first round ending the fight in just 47 seconds. After his first win, the fighter went on to accumulate 17 other wins and was worthy enough to challenge for the title.

On January 13, 2019, Plant took on José Uzcátegui in a title bout for the IBF super middleweight belt. The fighter beat the favorite Jose via unanimous decision and became the new IBF champion. After becoming the champion, Caleb made his first title defense against Mike Lee on July 20, 2019.

This time, he was the favorite and he surely dominated his opponent to successfully defend his title. After that, Caleb defended his title two more times against, Vincent Feigenbutz and Caleb Truax. Caleb Plant got the biggest fight of his career against the great Canelo Alvarez, and even though he lost that bout his stock never dropped.

Caleb is associated with SNAC nutrition which sponsors world-class athletes. The fighter represents the company in almost all of his fights. Caleb is also a good-looking fighter and hence has a huge social media following. “Sweethands” is also sponsored by a jewelry company called Avianne Jewelers where the fighter models for them.

Another popular brand that the fighter has been associated with in the past is Shoe Palace. There is no doubt that Caleb’s net worth will grow given he is only 30 years old and still has a lot of fight left in him.

Caleb Plant is married to Fox broadcaster, Jordan Hardy. The two have been happily married since November 2019. The fighter and Jordan go through thick and thin together. The Fox broadcaster was also an athlete who contested in 100-meter hurdles.

Plant also has a daughter named Ali Plant with an ex-partner. Unfortunately, his daughter passed away after only 19 months of living in the hospital. The fighter has been through a lot since the death of his child and still fights to overcome that trauma.

Q. What is Caleb Plant’s net worth?

Caleb Plant’s net worth is estimated to be around $2 million.

Q. How old is Caleb Plant?