by Udayan Mukherjee
in Boxing, Throwback 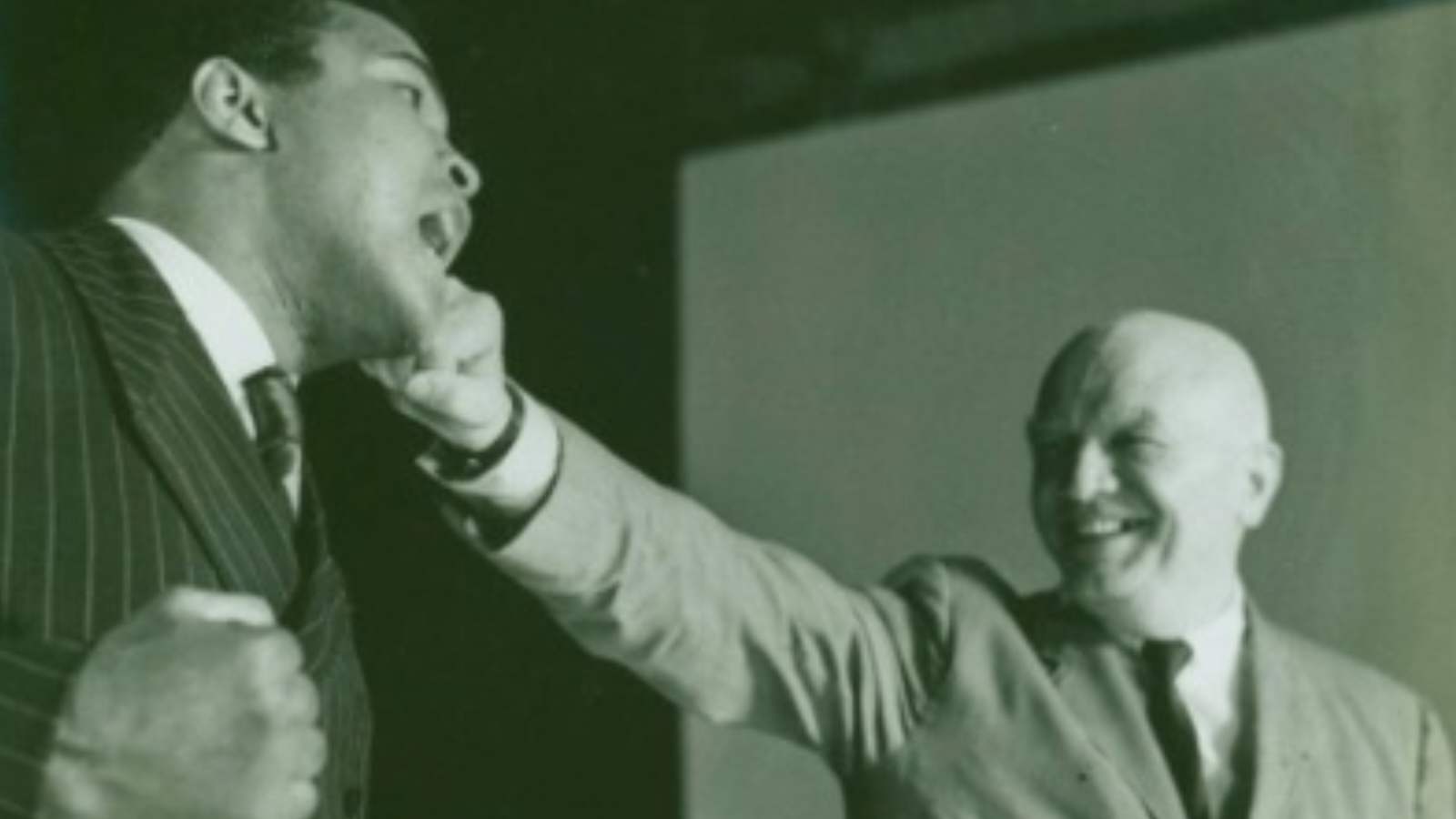 Muhammad Ali is quite possibly the greatest boxer to have ever lived – while he wasn’t undefeated, or a freak of nature like Mike Tyson, he sure was the perfect embodiment of a practitioner of the sweet science.

Ali’s name is one that transcends just the realm of boxing – it is known to almost everyone, barring exceptions. Being part of celebrity lore, Muhammad Ali and Mike Tyson’s names are used in common discussion a lot as well, rendering the two immortal in some sort of way.

Something else that will forever stay immortal is Muhammad Ali’s shuffle – the technique of leg movement that the legend used not for any offensive purposes, but just to visibly confuse and intimidate his opponents. Since, the move has become a staple in boxing, MMA and also in visual media – dancers often use the shuffle.

Muhammad Ali was a spearhead in promoting fitness to the world – as a boxer, no talent will suffice unless the body works to its best ability. That being said, a stunning video has appeared on the internet wherein quite possibly the greatest boxing coach ever, Cus D’Amato, seems to be able to school Ali at his own game – that is, he found an opening in the shuffle, and was able to defeat the shuffle. A surprised Ali replied – “You’re not as dumb as you look!”

Mike Tyson may be one of the most technically gifted fighters to ever live. That being said, it would be foolhardy to forget that Cus D’Amato is the reason Mike Tyson became the fighter that he was – as a trainer, his pugilistic ability was unparalleled. This is clearly evident from him beating Ali’s famous shuffle. Hence, fans took to the comments on the video and replied with delight at what they saw. Find the best reactions below.

Also Read- “We want to know about you!” A pissed off Mike Tyson presses Sadhguru for details about himself in the midst of a tense conversation

Hence, as can be seen, it isn’t just a boxer’s brain that guarantees their success inside the ring – it is also the work of their trainer to devise tailored game plans. Mike Tyson is the greatest testimonial of this – although D’Amato was only able to coach him for a couple of years, before his death in 1985, his enduring legacy stayed with Tyson for the rest of his illustrious boxing career, which includes his landmark win over Larry Holmes.

Varvara Lapchenko’s drug ban sentence gets reduced after she receives ‘Consent Award’, ready to compete from May