After an enticing and nerve wracking set of matches on display last night, with both fixtures keeping us on the edge of our seats throughout with last minute twists, we are finally at the final matchday of the round of 16, as two sets of matches remain to determine our last two Quarter finalists. We also experienced one of the upsets of this summer’s mega tournament, with World Champions France bowing out to underdogs Switzerland at Bucharest last night in a match that was packed with twists in the tale.

Today, in the final match of the last 16, we will see Sweden facing Ukraine at Hampden Park in Glasgow, with the last remaining quarter Final spot up for the grabs.

Sweden came as one of the underdogs to this year’s European Championships, massively understated, losing their key talisman Zlatan Ibrahimovic to injury just before the Euros. However, the Swedes have shown what they are made of, giving tough fight to heavyweights Spain in their first group game and scratching out a 1-1 draw, followed by consecutive wins over Slovakia and Poland, and eventually topped the group stage. Real Sociedad striker Alexander Isak has been in a ravishing form in the absence of Ibrahimovic, giving tough times to every opponent they have faced recently and Emil Forsberg has been a hefty contributor as well, finding the net thrice in last two matches. Ukraine would be much easier an opponent compared to what they have faced till now but the Swedes shouldn’t let their guard down if they are to come out victorious.

On the other hand, Ukraine had a rather mixed group stage, with results not going their way most of the time. They were placed in a tricky group C, alongside Netherlands Austria and North Macedonia. Ukraine lost two of their group games against Netherlands and Austria with scorelines of 3-2 and 1-0, but qualified as one of the four third best teams courtesy to their 2-1 win over minnows North Macedonia in the second fixture. The only positives for the Ukrainians right now is the form of Andriy Yarmolenko and Roman Yaremchuk, both with two goals to their name, and their never give up mentality, which was well on display again the Dutch. 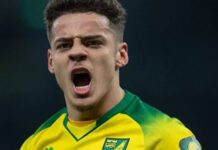