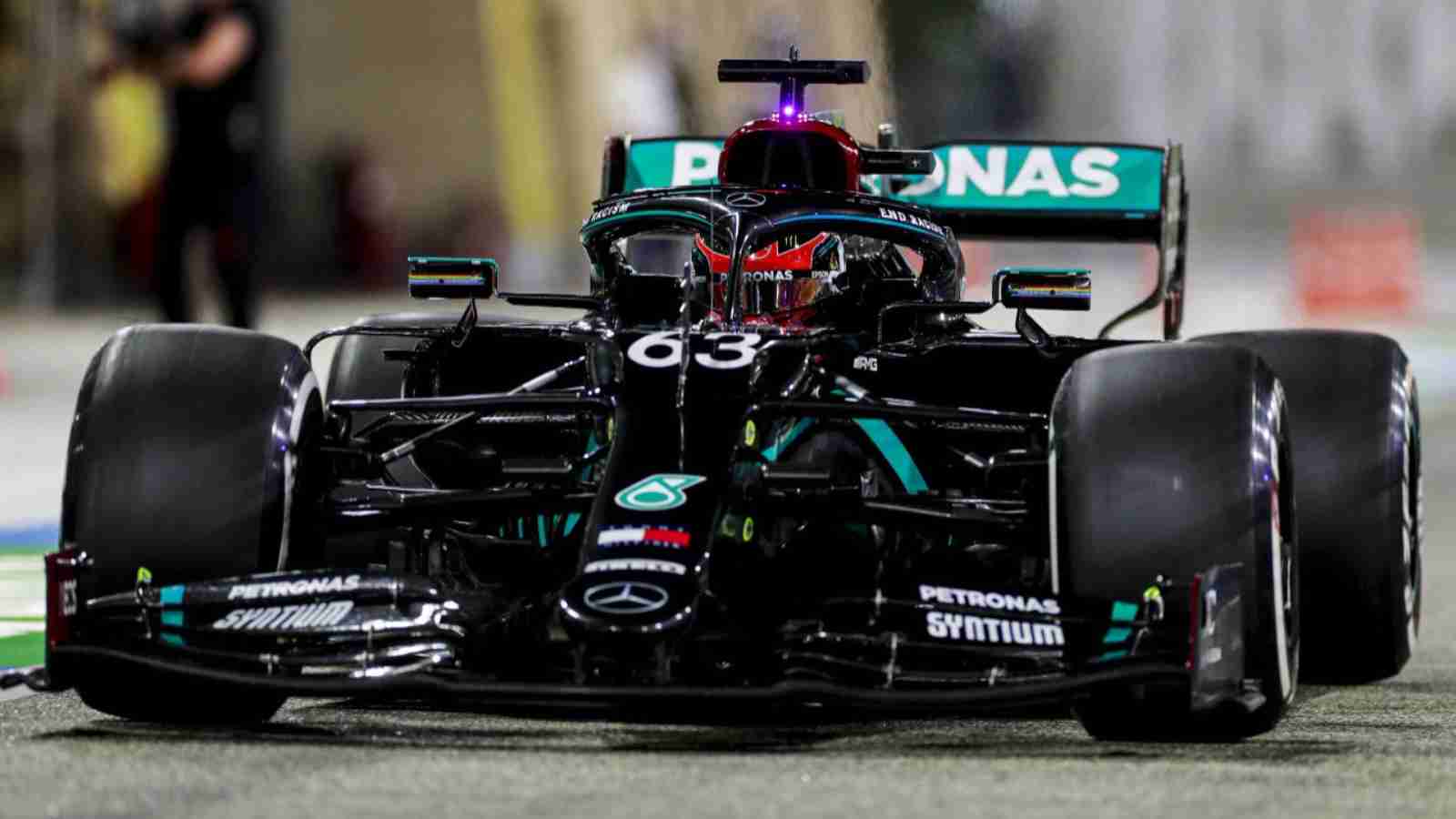 George Russell states no regrets for losing the Sakhir GP

George Russell is an exciting talent, the Mercedes driver has proven his talent in Formula 1. George spent 3 seasons in the Williams F1 team and developed himself into a mature talent, convincing Mercedes to sign up the British driver to pair with Lewis Hamilton. However, Russell got his first taste of racing for the Silver Arrows during the 2020 Sakhir Grand Prix, subbing in for a Covid-19-positive Lewis Hamilton. The Brit got close to winning the race albeit being struck with bad luck, forcing him down the order.

George Russell did finally get his redemption and won his first Grand Prix at Interlagos this year, despite a season riddled with struggles. Looking back at the race in Bahrain, the 24-year-old recently gave in an interview, and expressed his indifference towards the event, with the British driver stating, “I don’t look back on Bahrain with any real thoughts or disappointment or frustration at all.” Russell also stated the 2022 Brazilian GP was a much more emotional race for the Mercedes driver.

“I’ve got to be honest, all the thoughts that went flowing through my mind straight after the race (in Brazil) on that in-lap, Bahrain didn’t cross that once.” Russell mentioned how having his first F1 win as a Super Sub would have not actually been special for him as a racing driver. The Brit stated, “I think in a way it would have been a little bit too easy and a bit strange to have won my first race in that manner. You know, coming in last minute, jumping in and winning the race.“

George did not downplay his performance in the race but acknowledged the situation being handed over to him because of the unavailability of Lewis Hamilton while also recognizing the ‘fairy-tale’ aspect of the scenario, The 24-year-old mentioned, “It would have made for a great story, but I didn’t necessarily fight for it. It was sort of handed to me because of Lewis falling ill, and I drove well, and should have won the race.”

George Russell won the Brazilian Grand Prix after a rough 2022 season with Mercedes, a year riddled with porpoising issues and the lack of competitiveness. The 24-year-old highlighted the experience gained in the 2 years since the incident in Bahrain, learning at his time in Williams, trying to get accustomed to the W13 while also tackling abuse online, The Mercedes driver said, “Whereas now, my experiences at Williams, the experience of this year, the psychological struggles with the last couple of races, having a bad three races, and there was quite a lot of abuse as well, online”

Russell mentioned how this gained experience and the efforts put in every race weekend, all played a major role while the Brit crossed the chequered flag, bringing home the Silver Arrows in P1. The British driver said, “So they’re sort of all thoughts that come rushing back when you cross the line and you have a brilliant weekend” George went on to praise the teamwork done during the Interlagos weekend, “It’s not really much more you probably could have done on that weekend; we executed everything perfectly.”

George Russell may have had a heartbreaking time during the race at Sakhir two years ago, but the youngster has learned his lessons in the last few years and understood the importance of earning a Grand Prix win and that is exactly what Russell did in the first win of his F1 career. As the 24-year-old looks forward to his second season in Brackley, all eyes will be on his driving and progress in the year, with no excuses for mistakes.

Read More: “Roscoe vs Max’s cats for the WDC” – F1 fans adore Max Verstappen’s Jimmy and Sassy T-shirt at a party with friends and family