“His performance in 2022 was phenomenal,” Former Red Bull champ Sebastian Vettel has only nice words to say for Max Verstappen 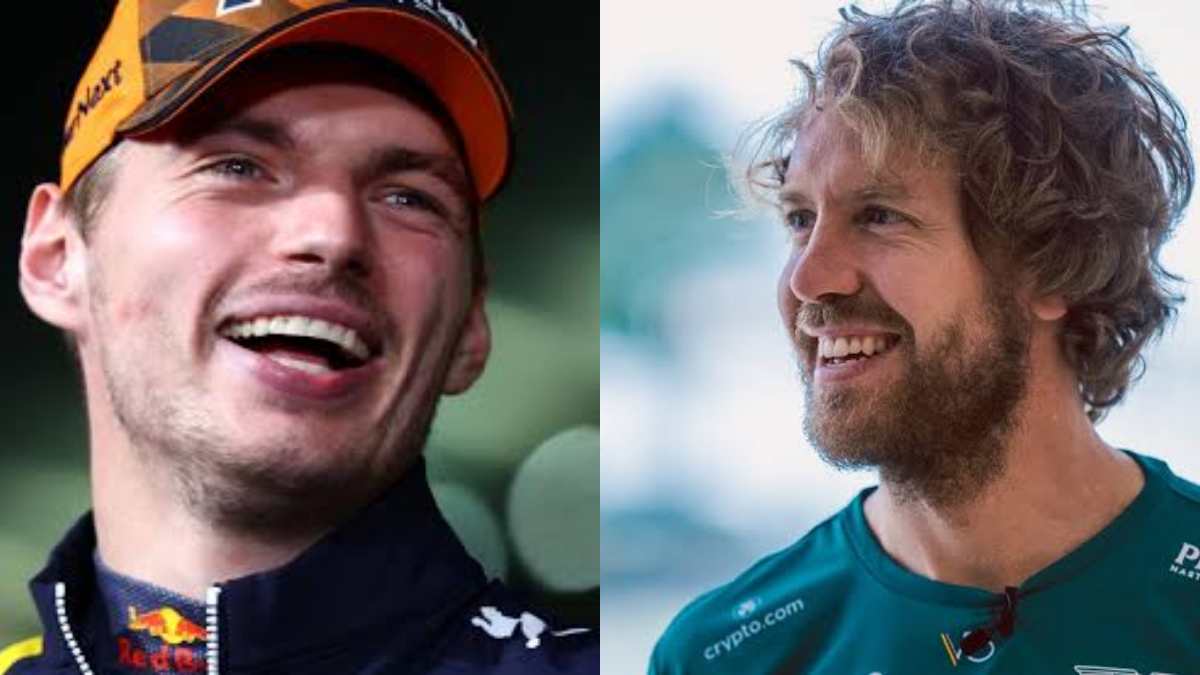 They say only Champions recognise Champions, and in the case of Sebastian Vettel and Max Verstappen, it is true in every sense. Seb, who recently stepped back from his duties as a regular driver in Formula 1 by retiring at the age of 35 at the end of the 2022 F1 World Championship, has had some brilliant years with Red Bull. The German was absolutely invincible behind the wheels of his RBs from 2010 till 2013 as he scored four back-to-back World titles at that time.

And now, it seems like the Austrian team have discovered a befitting successor to carry on Sebastian Vettel‘s legacy, and it is none other than Max Verstappen. In a recent interview with ServusTV, the Formula1 veteran gave his opinions on all the potential that the Dutchman holds. Speaking of the massive improvements that Max Verstappen has shown in his performance in 2022 which helped him steer smoothly towards the top position in the rankings, Seb only has praises to shower upon him.

While this was not Verstappen’s first World title, 2022 proved to be an easy path towards the top for him. It seemed as if no other driver on the racetracks could match his potential and he was absolutely fired up, just like Sebastian Vettel was during his golden era in Red Bull. In 2021, Max was emotionally and physically drained after winning a very demanding yet controversial battle against racing legend Lewis Hamilton, but 2022 shwoed that Max deserves all the recognition that he has received because of his driving in F1.

Only about a decade ago, Sebastian Vettel had been in the same position as Max Verstappen–driving a Red Bull and leading lap after lap as he steered to the top of the Standings. Thus, there is no racer who can recognise Max Verstappen’s talent better than Seb as the German can see himself in him. Speaking of Verstappen’s prowess on the tracks, Sebastian Vettel said, “His performance in 2022 was phenomenal. He already has an incredible flair, you can see that when you see what he does with the car. And he reads situations in the race extremely quickly. You can only take your hat off to him.”

With two World Championship titles to his name, the fight is only going to become harder and more challenging for Max Verstappen now. The Dutchman has already proven that 2021 was not a fluke by winning the title once again this year but now, he will have to prove his mettle by scoring a hat-trick and it only remains to be seen if th young Dutchman is able to accomplish such a giant feat in the upcoming F1 2023 season.