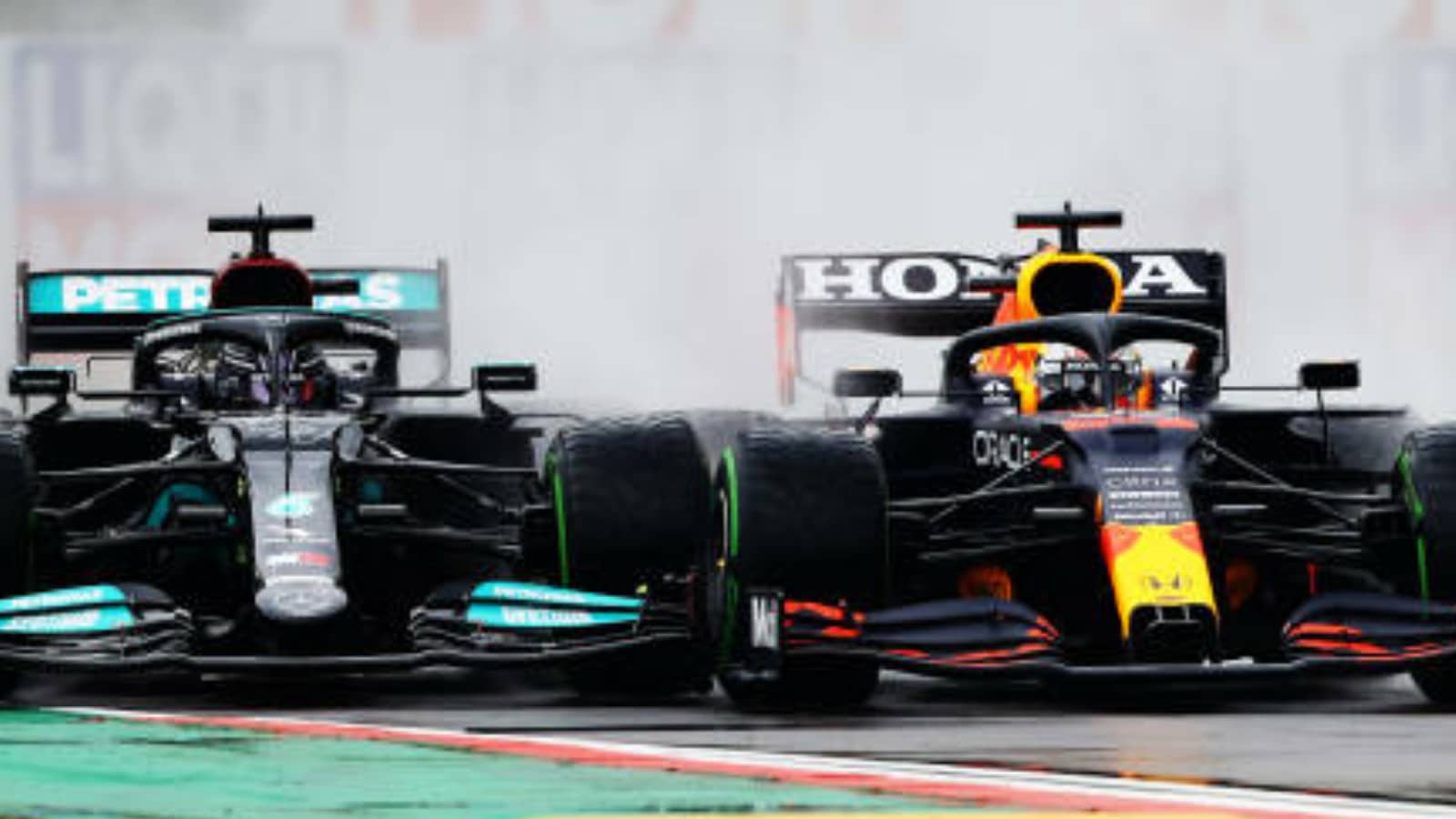 Max Verstappen and Lewis Hamilton engaged in a fierce clash on the opening lap of the British GP, as the two drivers came together at the Copse corner. Verstappen went spinning into the gravel, which ended his race. On the other end, Hamilton managed to win the race, after surpassing Charles Leclerc in the latter stages of the race.

Mercedes trackside engineering director, Andy Shovlin believes that the clash was inevitable, and blames Max Verstappen for his aggressive driving. He also gave an example of the sprint race on Saturday, where Lewis Hamilton had to back out to avoid a clash.

“He was able to put his car into a position where he could stand his ground. Max drives aggressively and it’s inevitable that, one day, we’re going to get an accident,” he added.

We didn’t think the penalty was deserved: Shovlin

“We didn’t think the penalty was deserved, if you look at the guide that the stewards have to determine who’s at fault in terms of overtaking, Lewis was sufficiently alongside and we felt Max should have given him room,” he said.

Damon Hill believes that the incident at British GP will play on Max Verstappen’s mind in the future, given that Hamilton does not drive so aggressively.

“I’ve never seen Lewis drive that aggressively,” said Shovlin. “The only thing I can come up with is Barcelona with Nico Rosberg,” he added.

“I do wonder whether it was something that happened the previous day in the sprint. It was a statement of intent, wasn’t it? It was Lewis saying ‘listen, I’m a streetfighter and if you’re going to get rough with me, I’m going to have to show you what I’ve got’ and he’s done that,” continued Hill.