Top 5 pairs with most 100+ run partnerships in IPL history 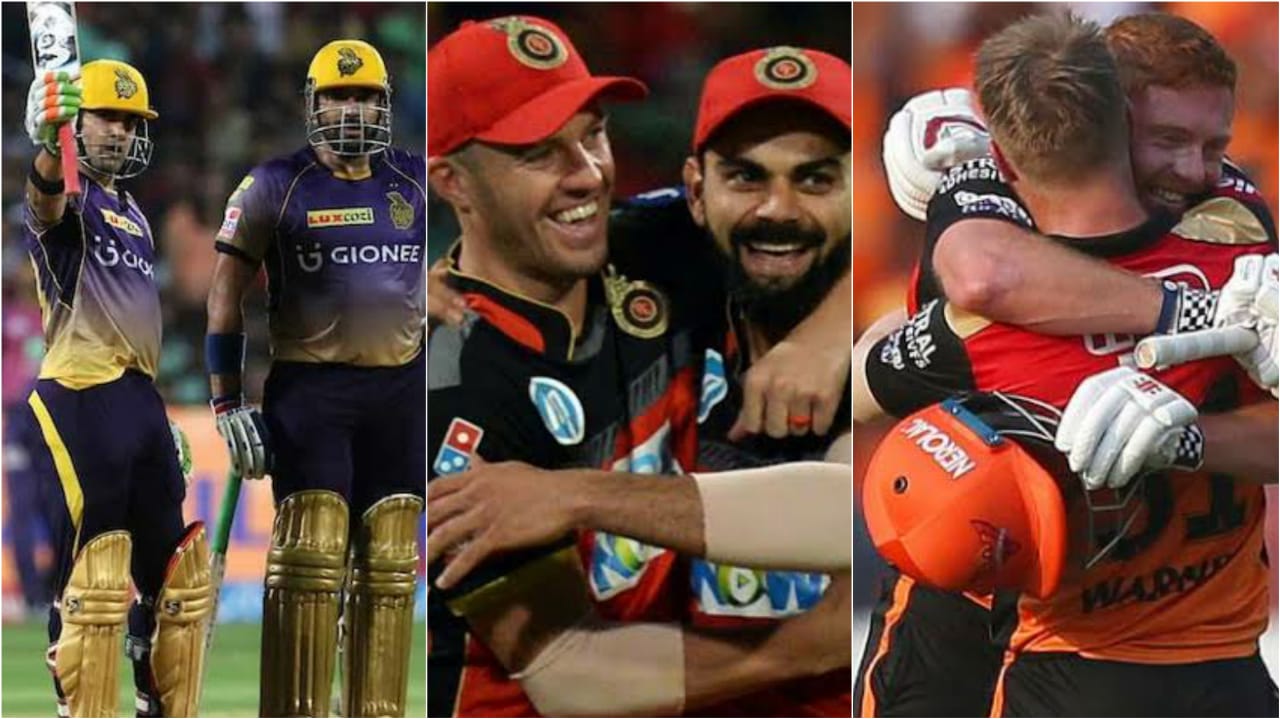 IPL 2020 has been a season of records. Adding another one is the Bairstow-Warner pair who became the 5th pair to cross a 100-run partnership 5 or more times in the Indian Premier League.

With this achievement to their name, we look at the top 5 pairs to cross a 100-run partnership (at least 5 times) in IPL history.

The duo of David Warner and Johnny Bairstow became the 5th pair after they achieved this feat against KXIP. The duo has been ruthless when it comes to dominating the opposition. The Ashes rivals have crossed the 100-run mark 5 times together in 16 innings. Last year, they also became the first pair to make three consecutive 100-run partnerships.

Any IPL fan can remember what happened with KKR in 2014. They won the trophy that year by winning their last 7 games on the trot and the major reason behind their 2nd IPL triumph was the opening pair of Gautam Gambhir and Robin Uthappa. They were playing a major part in those games.

The duo has stitched 5-century stands in 50 innings to take the fourth spot.

David Warner and Shikhar Dhawan played a crucial role in Sunrisers Hyderabad IPL triumph in 2016 when SRH bagged their maiden IPL trophy. Both have been iconic players for the franchise and hold several records for the team.

The duo have notched up century stands 6 times in 50 innings and were the epitome of success during their time in the Hyderabad franchise.

The rock-solid pair of Virat Kohli and AB De Villiers takes the second spot as they have been very consistent with their partnerships.

RCB depends a lot more on this pair to win their matches. The Virat-AB duo has crossed the 100-figure mark 9 times in 71 innings total that they played which include two 200 hundred partnerships that came in the years 2015 and 2016.

Another hit pair of RCB, Virat Kohli and Chris Gayle occupies the top spot in the list with 9 100+ runs partnerships in 59 innings. The duo has been the main asset of RCB over the years and has won many matches for RCB single-handedly.

The deadly combination of stroke play and six-hitting has been a treat to watch for RCB fans.

Also Read: Players with most death over sixes in the history of IPL