“They both can’t be the No. 1 guy, and that’s a dangerous thing,” Clint Bowyer on the rivalry between Chase Elliott and Kyle Larson 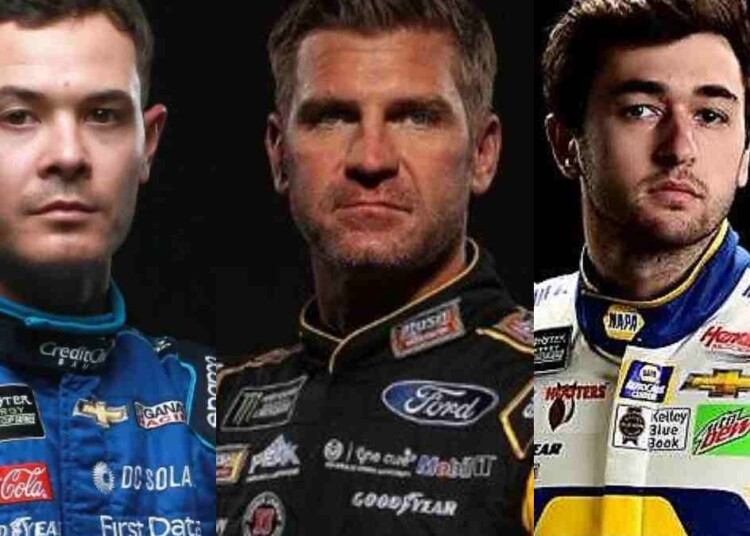 Kyle Larson and Chase Elliott are among the modern-day leaders of NASCAR. The duo has produced some dominant performances in the few seasons for HMS. Elliott won the first championship among the two in 2020, and Larson won the championship the following year. Both drivers were solid in the 2022 season, and Elliott had the better season among the two.

The No:9 team finished the season at P4 in the championship table, scoring five wins. He had the most number of wins last season and was arguably the most consistent driver in the grid. Larson, on the other hand, struggled a bit. He finished P13 in the championship and scored three wins the whole season; it’s a big drop in productivity, considering he scored ten wins with the No:5 team in the 2021 championship run.

Going into the 2023 cup season, the battle between Kyle Larson and Chase Elliott for the championship will be one of the main stories. Hendrick Motorsports has witnessed a similar rivalry in the past between NASCAR legends Jeff Gordan and Jimmie Johnson. Former cup racer and NASCAR analyst Clint Bowyer is getting similar vibes from the rivalry between Larson and Elliott. He branded it as the toughest rivalry in the sport now.

“When you’re in the same organization, you have the same cars. That’s when it’s like the jeff Gordon-Jimmy Johnson rivalry. I believe the toughest rivalry that we have in our sport is right in between those walls at Hendrick Motorsports,” Clint Bowyer said.

Bowyer added that both drivers could become the No:1 for the team, making them more dangerous. He said, “They both can’t be the No. 1 guy, and that’s a dangerous thing. But I think both of them are certainly capable,”.

Related: “So excited to have a good one in my corner,” Bubba Wallace marries long-time girlfriend Amanda Carter

Bowyer pointed out that Kyle Larson and Chase Elliott are the two best drivers of the sport, though he doesn’t want to take anything away from Bowman and Byron, the team’s other two drivers. He said, “I don’t want to take anything away from the other two, but the first two are both champions and, in my opinion, the best drivers in this sport, Kyle Larson and Chase Elliott,”.

He added that as long as both the drivers are with Rick Hendrick, HMS doesn’t have too much to worry about their future. The Fox Sports Analyst said, “As long as you have those two bullets behind the chamber, I’m telling you you’re going to be dangerous. I think Hendrick Motorsports is just fine,”.

Unlike the Jeff Gordan vs Jimmie Johnson battle, the battle between Larson and Elliott seems close. Gordan was never successful in dethroning Johnson, but the No:9 and No:5 teams are more closely in terms of performance.  Both drivers have the potential to win multiple championships, and the expertise of HMs will make their journey easy.

The first female commentator in the modern era! Laura Sanko was bombarded with praise ahead of her debut commentator role at UFC Vegas 68