Dennis Rodman got the ‘BADDEST WOMEN’ despite not taking a shower whilst going to a club directly from a game, claims Shaq 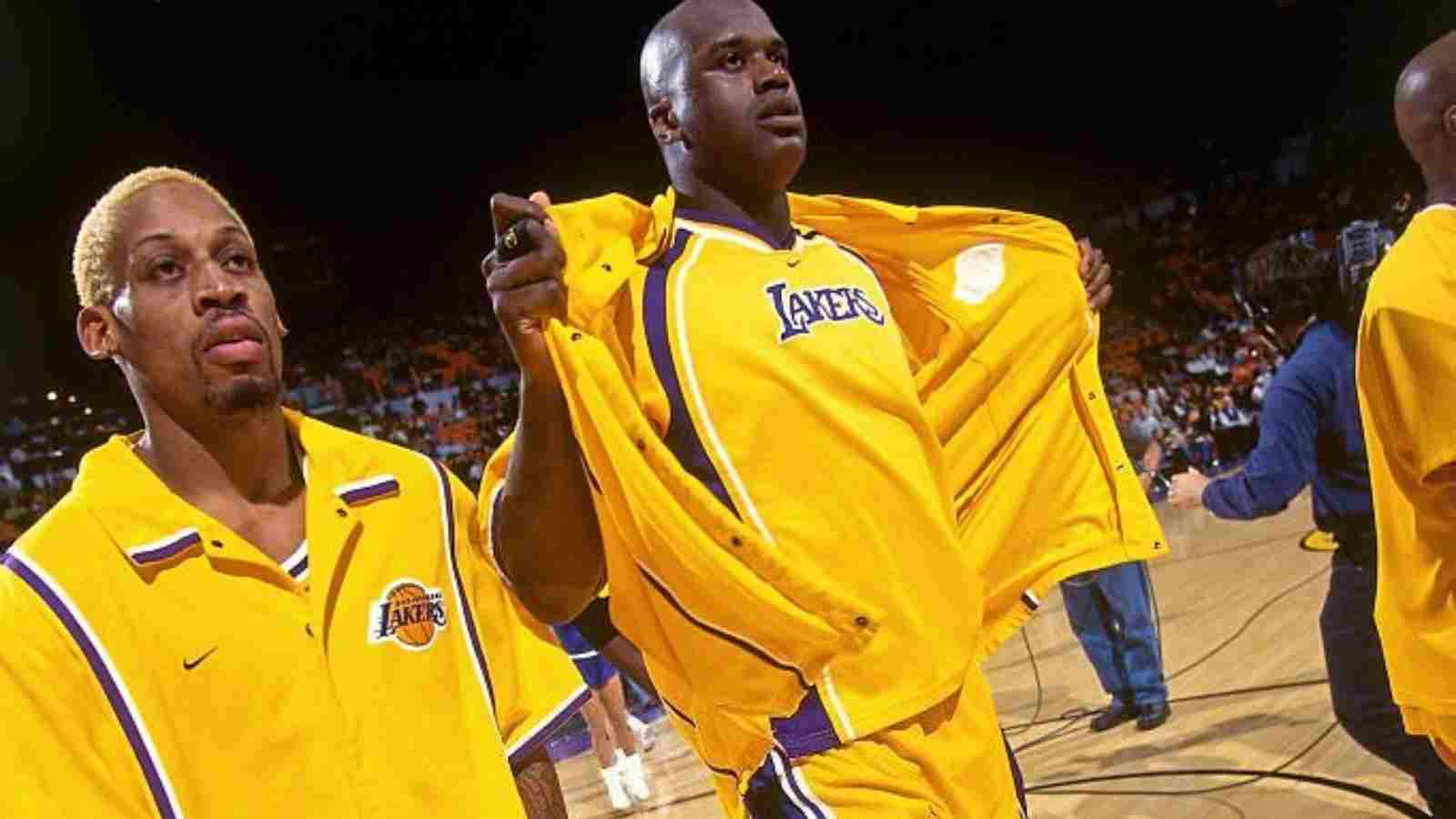 Despite being one of the most renowned NBA players of all time, Dennis Rodman was also one of the most well-known athletes in history due to his never-ending controversy. Shaquille O’Neal, who was in the prime of his career, didn’t have the perfect teammate in the Lakers franchise because he didn’t enjoy Rodman’s shenanigans during his time there.

Rodman, who is a five-time NBA champion and member of the Hall of Fame, was well-known for his antics both on and off the court. He played a big part in the 1990s success of the Chicago Bulls due to his tenacity on the floor and ability to collect rebounds.

But the sexual exploits of “The Worm,” who asserts to have had over 2000 women in his company, are well-known and various narratives have been disclosed over time.

In the 1998–1999 NBA season, Shaquille O’Neal and Dennis Rodman teamed up to wear the Los Angeles Lakers uniforms. Despite having what at first glance appeared to be the ideal frontcourt pairing, O’Neal has referred to Rodman as his worst teammate in various instances and this narrative explains well.

In a clip of a podcast that has surfaced online, Shaq puts forward three names- himself, Kobe, and Dennis Rodman and asks who’s the biggest superstar if they played in the same team. One of the co-hosts mentions: “Imma say Dennis Rodman. He’s the most colorful distraction.” The Big Diesel refutes by stating: “ When he play with us, I’ve seen this dude play a full game, don’t take a shower, go to the club and some of the baddest women I’ve ever seen in my life…”

Dennis Rodman and Shaquille O’Neal in their primes

Dennis Rodman will always be remembered for his brilliance as a defender and rebounder. The 6’7″ player known as “The Worm” exceeded expectations for a player his size by being selected to the NBA All-Defensive First Team seven times and winning the Defensive Player of the Year Award twice.

He held the league record for the most consecutive seasons with the most rebounds per game from 1991 to 1998 while also being the best rebounder in the NBA.

Moreover, Dennis is a member of the NBA’s 75th-anniversary team, a member of the Hall of Fame, and won two championships with the Detroit Pistons before joining the Bulls and winning three with them.

Shaquille O’Neal was widely viewed as the most dominant player in the NBA’s 75-year existence. He received multiple accolades during his 19 seasons in the league, including MVP and Rookie of the Year. In addition, O’Neal captured four NBA titles and three MVP trophies in the Finals.

From 2000 through 2003, Shaquille O’Neal and the Lakers won three straight NBA titles. He shares the fourth place on the NBA’s all-time selections record with 15 All-Star appearances. After a successful career that concluded in 2011, he was selected for the NBA’s 50th and 75th-anniversary teams. In 2016, he was inducted into the Naismith Memorial Basketball Hall of Fame.

The big man opened up on what it was like to be teammates with one of the NBA’s rare talents in a previous episode of the Big Podcast with Shaq, sharing some examples of why he wasn’t the best teammate either.

O’Neal stated: ”Worst teammate? Dennis Rodman. He was a great player, but he made it hard. Like when you try to corral the guys together and the people above you letting this one guy do whatever he wants.”