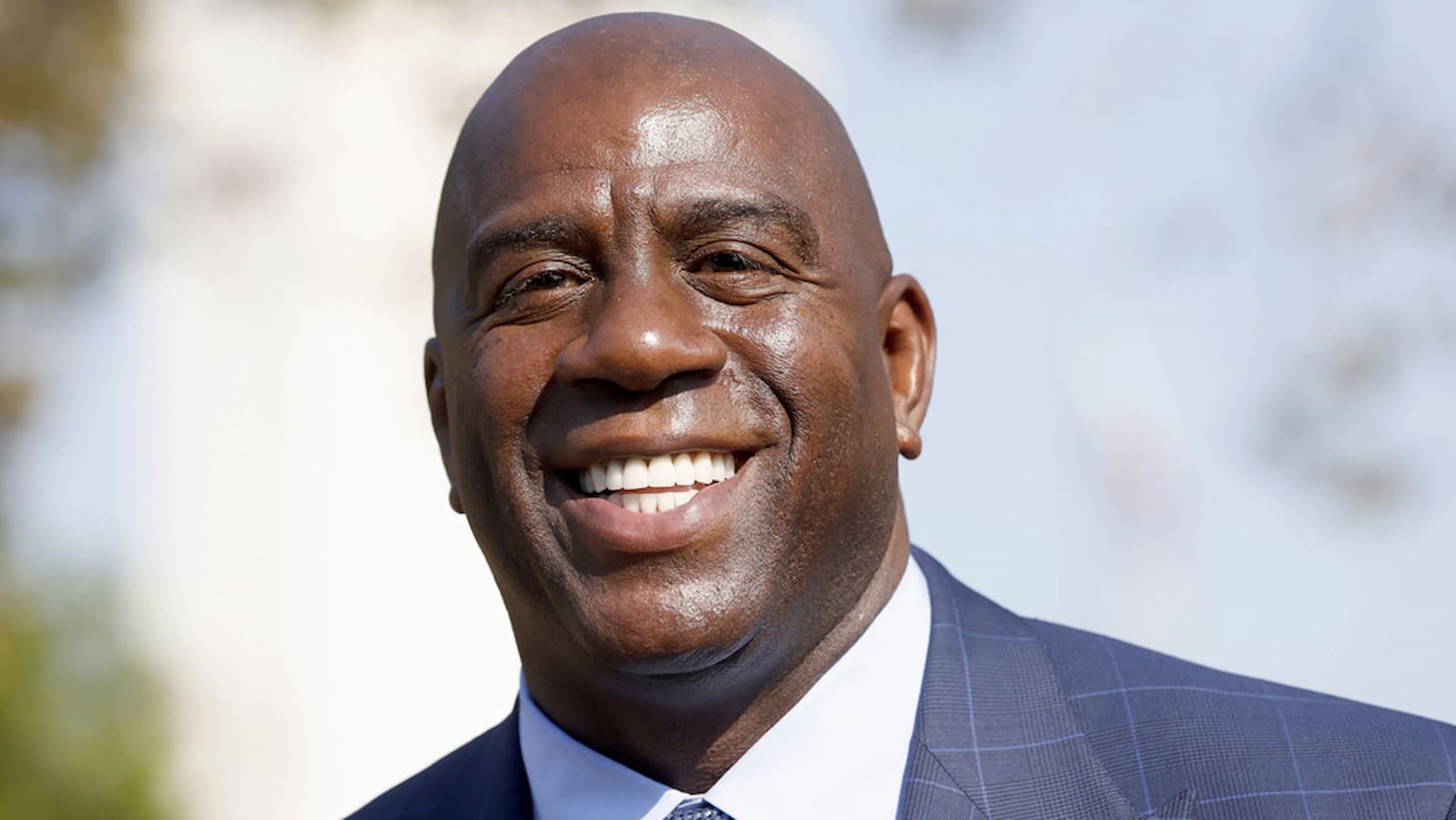 Los Angeles Lakers enjoyed healthy competition in the 80’s,during which some of the stars stood out. Talking about the same, in that all hustle-n-tussle of power game, Magic Johnson was one of those stars who shine brightest as he gave a glimpse of the heroic scenes in the franchise. NBA history was particularly defined by these players and this franchise dominating their respective decades. The league had some powerful teams who not only dominated the league, but were crowd pullers for basketball too. The Lakers of 1980 were one such team, who managed to bring in large audiences with their flashy gameplay. They have even crowned “Showtime Lakers” – like the style of play was exciting like a movie, and Earvin Johnson Jr. was the catalyst of it.

In a recent interview for a docuseries called “Showtime”, Magic Johnson gave out some inside stories regarding much entertaining team Lakers. He said, “We came back every season expecting not just to win, but to win NBA Championships. We put in the work in the off-season, during the season in practice, and in games. The end result was going to the Finals 9 times in 12 years and winning 5 NBA Championships.”

Earning his name “Magic” for his magical gameplay, vision, and passing, Earvin Johnson was the mainstay of the Showtime Lakers. But he didn’t forget to thank his teammates who made the game exciting to watch and rose the bar for each other. Particularly he thanked Coach Pat Riley for all the encouragement and for pushing players to their limits.

Johnson added, “The Showtime players loved that our Coach Pat Riley had expectations of all of us as individuals and as a team. He pushed us to be great.” Moreover, he recalled the 1987 NBA championship moment, where Coach Riley declared that the Lakers will win next season’s title also, without giving the team much time for celebrations in the Championship Parade downtown.

Also Read: “I’m working on getting my relationship back with my brother,” Kendrick Perkins says he has badly affected Russell Westbrook and his wife

Magic Johnson remembered that players were thrilled with the expectations, as not many teams were able to win back-to-back titles in those days, yet were under “loving” pressure to deliver what was promised. Magic Johnson recollected that every player came back to practice in the best shape and was ready for the new challenge given by Pat Riley.

The determined team led the league with a 62-20 record in the regular season and won the Western Conference title against Mark Aguirre-led Dallas Mavericks. In the finals, they were playing against the explosive pair of Dennis Rodman and Isaiah Thomas. The Pistons led the series 3-2 and looked certain to wrap up the title in Los Angeles.

Losing the title in front of a home crowd would have been a disaster for Pat Riley and the team, but hot shooting from Byron Scott and 1988 Finals MVP James Worthy turned the fortune in the Lakers’ favor as they won the last two games 102-103 (game 6) and 105-108 (game 7).