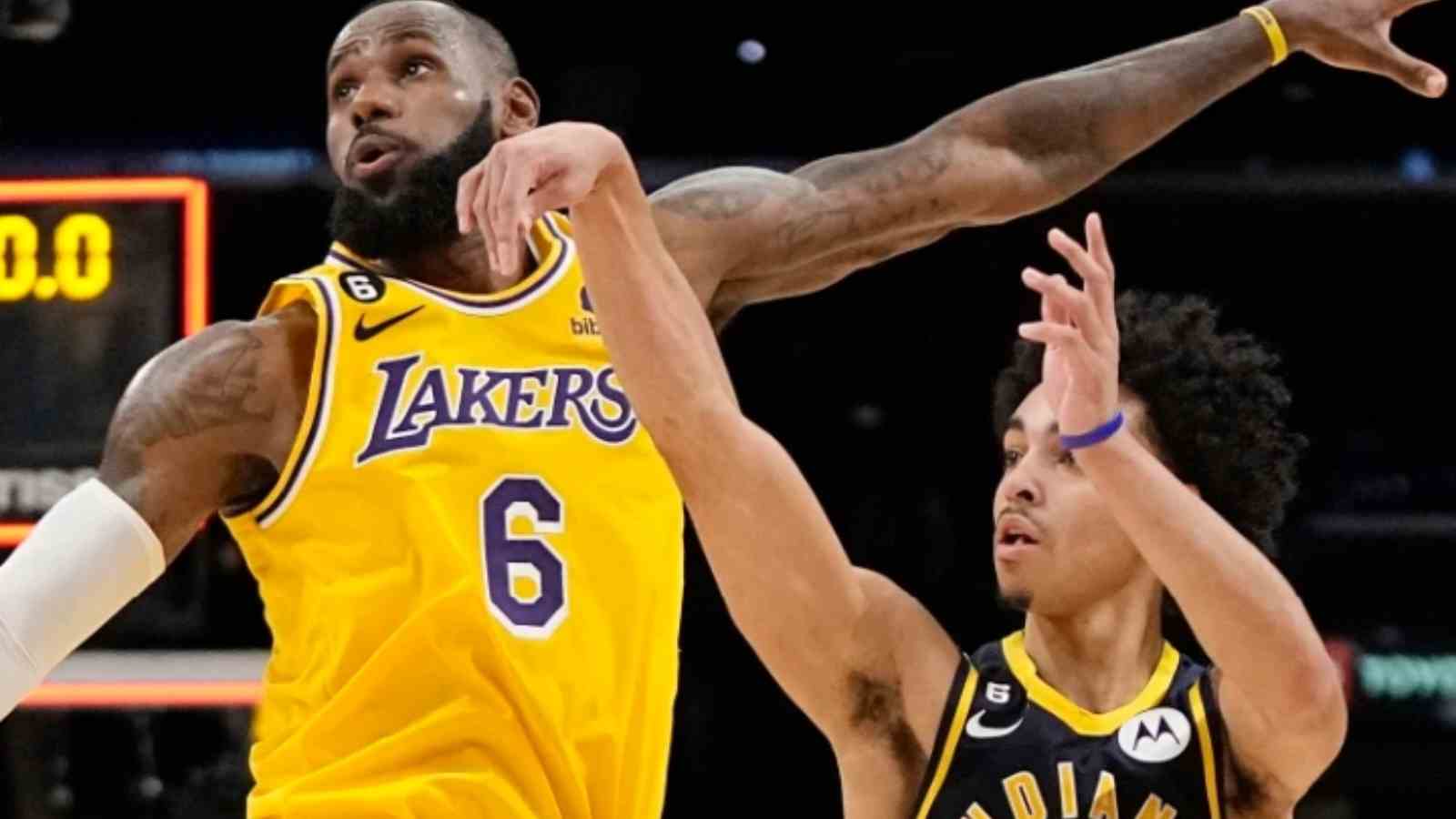 Andrew Nembhard is all over the NBA headlines as he recently drilled a game-winning three-pointer against the Lakers and registered a dub for the Indiana Pacers. The Lakers were expected to win this match-up in fashion especially when they were up by 17 points with around 10 minutes left.  But unfortunately, they ended up selling it away and Andrew Nembhard being a smart buyer closed the deal and game in style from downtown.

Andrew Nembhard gets the most credits for the win because of his three-pointer and now he has a highlight against the star-studded Los Angeles Lakers. Also, let’s not forget that the young Pacer drilled that shot on LeBron James’ head and won it all for his team. The Lakers now have added another embarrassing loss at their home Crypto.com Arena, this season.

The Los Angeles Lakers were leading and dominating the Pacers throughout the first three quarters. But in the final quarter, the superstars from the Hollywood-based team just disappeared and the Pacers took over while showing out the basketball world, what they really are capable of. Besides Andrew Nembhard’s game-winning three-pointer it was the efforts of Tyrese Haliburton and rook Bennedict Mathurin.

As Haliburton ran the offensive end by dropping 24 points, 14 assists and 7 rebounds. Mathurin proved himself and contributed with 23 points, 1 assist and 8 rebounds. Andrew Nembhard didn’t just step up in clutch time but also supported his guys throughout the 29 minutes he suited up. As he had 12 points, 4 rebounds, 1 assist, 1 steal and 2 blocks.

From the Lakers’ end, Russell Westbrook was out for nothing but business as he helped his team with 24 points, 6 assists and 4 rebounds. Anthony Davis also took care of the offensive end and dropped 25 points, 6 assists and 13 rebounds. LeBron James had another poor shooting night and was limited to only 21 points, 7 rebounds and 3 assists. The superstar trio of Lakers was good out there against the Pacers but none of that matters when you sell a game away.

Also Read: Magic Johnson who worked 13 seasons to be a Lakers Legend, has a $271.7 Million Real Estate investment in Boston

Everyone around the Lakers franchise probably had a dream of the Lakers winning the game, during the start of the fourth quarter. As not only the arena but also the fans on the internet were up with the hopes. And, they weren’t wrong with those, but Pacers and, especially, Andrew Nembhard had different plans as they ran a legendary comeback of 17 points and Nembhard in the final seconds called game.

As Nembhard hit a game-winning but heart-breaking buzzer-beater three-pointer against the Lakers while LeBron James slept on the defensive end. The final play was very unexpected as it started with Myles Turner missing a three-pointer and then Tyrese Haliburton getting the ball and dishing it out to the new hero in the town who did exactly what he was supposed to do.

Also Read: “He the best shooter in the building” Lakers fan makes an absurd half-court shot for $75,000 sending fans on Twitter into a frenzy