Daniel Jones Contract: Know about the detailed figures earned by the Giants’ QB

Daniel Jones is a QB for the Giants and has earned a handsome figure all through these years. 2023 can be a decisive year for him. 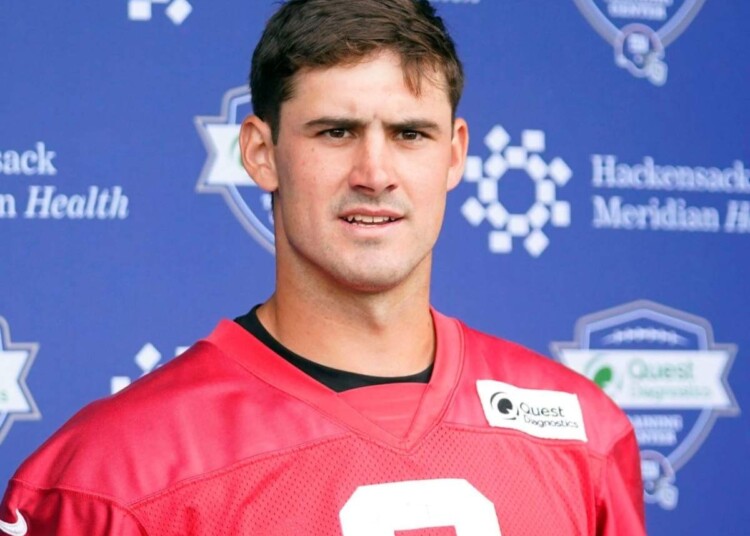 In the NFL, Daniel Jones is a well-known quarterback. He has been with the New York Giants since 2019 and is currently proving to be an important asset to the team.

He did well for the team in high school, gaining 6,997 passing yards and 98 touchdowns, but Rivals.com did not recruit or rank him. Daniel Jones decided to play football for Princeton University despite his lack of rank, and later deciding to attend Duke University as a walk-on.

Jones’ improved performances earned him the university’s MVP award at the 2017 Quick Lane Bowl, where he completed 27 of 40 passes for 252 yards and rushed for 86 yards. Jones proved to be a promising player further and also won the Independence Bowl MVP award in his senior year in 2018.

The New York Giants selected the talented quarterback as the sixth overall pick in the 2019 NFL draft. The team decided to keep Jones for four years and signed a $25,664 million rookie contract. He made his debut against the Dallas Cowboys and was named Eli Manning‘s backup.

Jones became the franchise’s first rookie quarterback to win his first career start since Scott Brunner in 1980 when he was named a starter in Manning’s place in week 3. He was named NFC player of the week for his admirable performance. Since the Giants have not yet granted him the fifth-year option, fans can assume the goal will be to trade him to another team in the next season (2023).

Related: Former Lions QB Dan Orlovsky comes to Aaron Rodgers’ aid after Rob Gronkowski THRASHED the QB over an ‘out of context’ quote

The figures change annually based on the contracts a player signs. The player’s contract is the first source of income.

How much will Daniel Jones earn in 2023?

In 2023, Jones is expected to earn a sum of around $1 million. This figure can increase exponentially considering his playoff returns.

Related: “Comfortable being the underdogs,” Mike McCarthy is CONFIDENT the Cowboys can defeat the 49ers and exact revenge for last year’s playoff defeat