“That’s not who I am,” Eagles’ AJ Brown CRUSHES claims of ‘diva’ mentality after being frustrated in the playoff game against the Giants 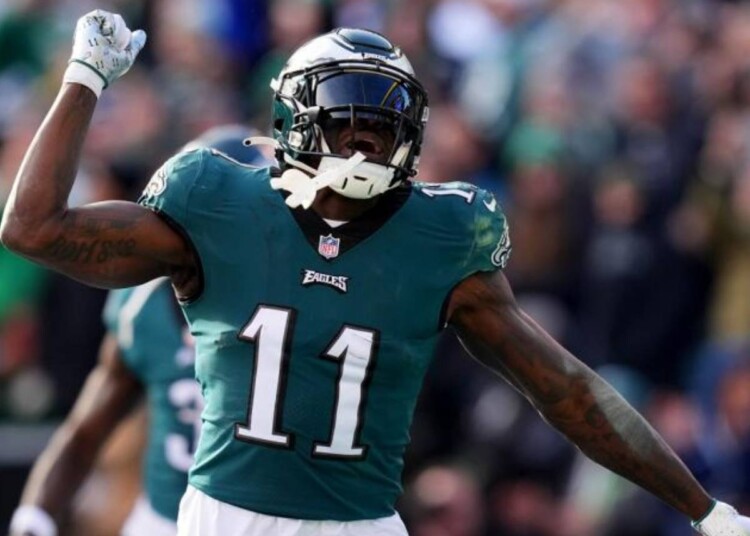 AJ Brown has been vital for the Eagles this season as they prepare for the final push to the Super Bowl with the NFC championship playoffs just around the corner. The Eagles have looked deadly all season and will look to keep that form alive for the remaining games.

The Eagles WR always tends to want the ball and makes determined runs for it. Therefore, when the WR suffered a knock in the game and was asked to sit on the sidelines during the 4th quarter, he decided to show a bit of frustration.

However, Brown cleared out all the assumptions made by the media in his recent media availability. The 25-year-old is seriously against the ‘diva’ mentality and blamed his hunger for the ball as the reason for his frustration.

AJ Brown was agitated when sitting on the sidelines as the Eagles WR was missing out on all the action before his eyes. Eagles HC Nick Sirianni made the tough choice to give Brown a break as he will be highly instrumental against the 49ers on Sunday, who don’t allow rushing yards.

Sirianni was seen talking and consoling Brown while on the sidelines during the Giants game. The Eagles HC praised the WR for his determined mentality that makes him a formidable WR.

“Of course, he’s going to always want the ball. He’s a really good player,” Sirianni said to the reporters. “And not really anybody in the pass game really got a lot of targets or a lot of opportunities because we were running the ball so well. But that’s what you want from the receivers. To want to have the football. Part of the reason why receivers are good are because they want and crave the football. They want the ball to change the game.”

The Eagles have a tough road ahead of them as they go up against the 49ers who have a great up-and-coming QB at the helm of their offense. Brock Purdy and Jalen Hurts will face off again after their scintillating matchup in college football. The winner will be one step closer to Super Bowl victory and the loser will have to go back home.

Related : “But I’m the A-hole,” Odell Beckham Jr hilariously reacts to Sha’Carri Richardson getting ‘kicked off’ the airplane