The Denver Broncos have had a hard time finding a solid quarterback since Peyton Manning, the team has changed many QBs in the past five seasons, and not any of them made the Pro Bowl in those seasons. However, the tables have now turned as the team finally has a solid quarterback.

This season marks the beginning of a new chapter for the team, in order to get Russell Wilson, the team paid a high price, it traded two first-round picks, two second-round picks, and a fifth-rounder to the Seattle Seahawks. The Broncos believe that Wilson is the solution to all their woes.

Also read: “He irritated the folks at FOX”: John Ourand highlights the SHOCKING reason that forced FOX to look past Aikman & rope in Tom Brady

“We’ve got a chance to compete”: After roping in Russell Wilson, John Elway believes the Broncos can win the AFC West

In light of the offseason moves made by the Broncos, the team’s legend and Hall of Fame quarterback John Elway believes that the team is headed in the right direction. “We’re excited that he’s in town, there’s no question. He’s kind of the piece that we needed.” Elway said via the Associated Press.

In addition to this, Elway added that Wilson has a “good football team around him,” he praised the GM of the team by adding, “George Paton did a tremendous job of putting that deal together and getting him up here. So, it’s great to see that fan base energized again, and we’ve got a chance to compete in that AFC West, which is obviously going to be tough.“

The Broncos have had all the key components needed to make a solid Super Bowl run with the exception of one position, the quarterback position, which also happens to be the most important one.

The team has cycled through 11 quarterbacks since 2016 but none of them were good enough to stick around. Wilson has a stellar record of 104-53-1 in his NFL career, he is the all-time passing leader for the Seahawks and is also a Super Bowl champ. Despite being 33, Wilson still has a lot of gas in him and this change of situation is what he so desperately needed.

The Denver Broncos’ offensive lineup is stellar with a raging bull in Melvin Gordon as the RB, a young wide-receiver core, and an experienced QB. On the defensive end, the team has great players in the secondary led by Patrick Surtain II. Though the entire AFC West has become harder to win this offseason, the Broncos have a shot to come on top and win it.

John Elway shares the same thoughts, however, he also believes it depends on the health of the team. “Like any year, we’ve got to stay healthy, and we’ve had a tough time doing that the last several years. So, if we can stay healthy, Russell’s been there, he’s won Super Bowls. He knows what it takes and the leadership that he’s providing is tremendous.”

Do you think that the Broncos could win the Super Bowl this year or will the team be unable to make it out of the AFC West?

Also read: “We’re trying to get the BEST PLAYERS for Aaron Rodgers!”: Matt LaFleur talks about Packers strategy going into the draft

Also read: “You don’t have to teach Pat”: Andy Reid reveals that he told Alex Smith to not mentor Patrick Mahomes

“I thought the Philadelphia Eagles had an exceptional draft weekend”: Colin Cowherd is putting his money on the Eagles to win the NFC East

“Me and my girlfriend,” Buccaneers HC Todd Bowles cracks funny joke on relationship with Tom Brady 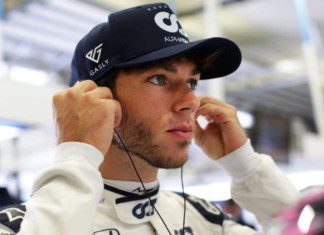