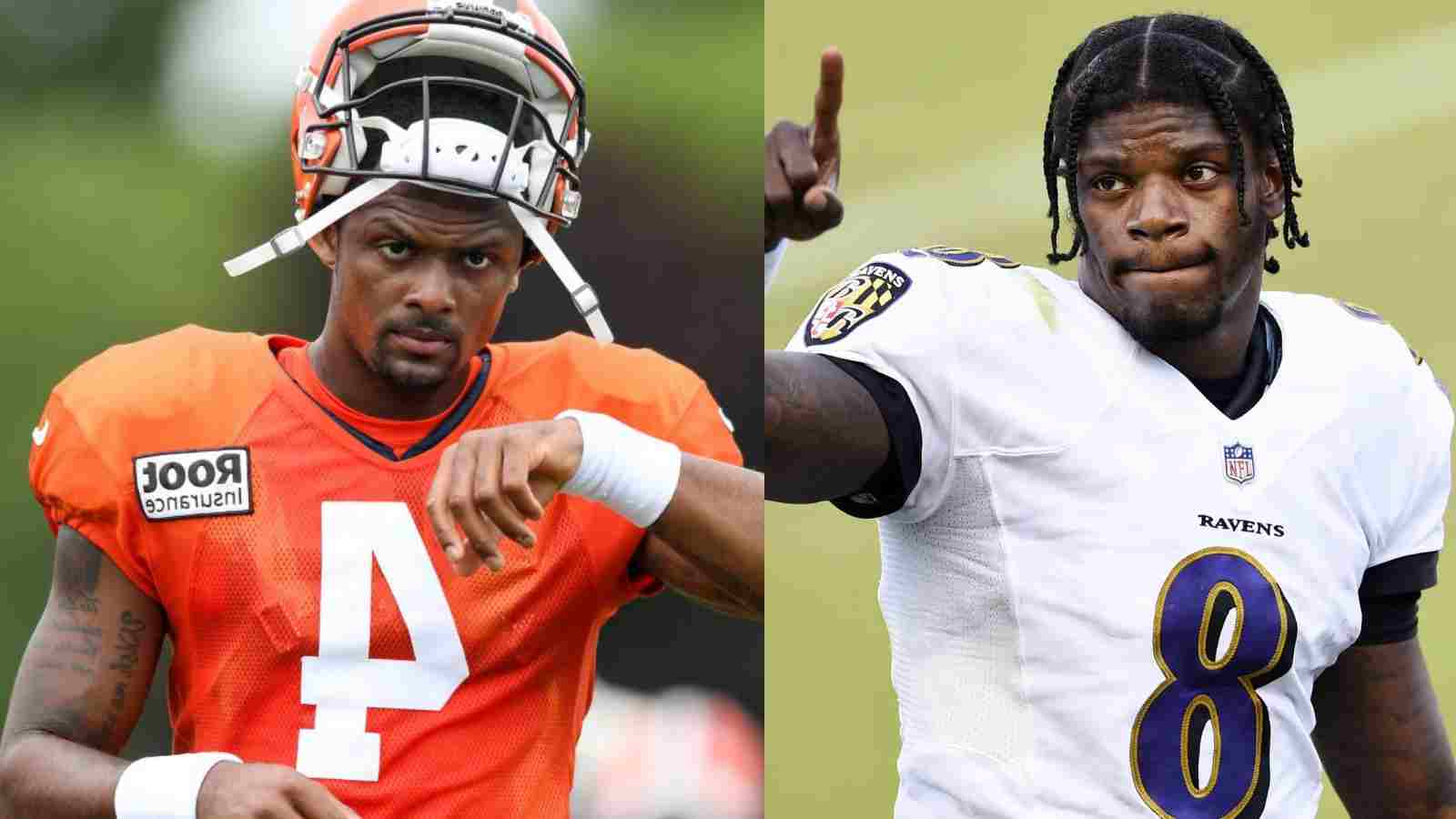 The Baltimore Ravens and their franchise quarterback Lamar Jackson failed to get a contract negotiated, the two parties were in talks for months over renegotiating his rookie contract, now, Jackson will be playing out his final year and will get $23 million. There is an expectation that he will be franchise-tagged next season by the Ravens, the worst-case outcome will be him becoming a free agent if the team does not offer a viable contract.

The contract negotiations between Lamar Jackson and the Baltimore Ravens seemed to be right on track since the quarterback is one of the few athletes that represent themselves, he was basing his value off of massive contracts that his peers had been getting but things took a turn for the worse when the Cleveland Browns offered Deshaun Watson a $230 million, 4-year contract with the amount fully guaranteed. The Ravens and Lamar could no longer see eye to eye after this.

Lamar Jackson expects the Baltimore Ravens to offer him a fully-guaranteed contract similar to that of Deshaun Watson:

Lamar Jackson saw the position of Deshaun Watson, this was the time that the quarterback was in the midst of an investigation into him by the NFL as he was being accused by 24 women of sexual misconduct and his future in the league was uncertain, it was common knowledge that the quarterback was going to face a long suspension and despite this, the Cleveland Browns ruined the entire NFL’s quarterback market as they offered Watson an unprecedented $230 million all-guaranteed contract for four years.

This led to Lamar looking at that and wanting more money as his resume is much more stacked than Deshaun Watson’s as he won an MVP award, and has completely changed the way the quarterback position is played. This naturally made him demand for more money and in all likelihood he wanted it to be fully guaranteed. This is an extremely risky proposition for the team as if their star gets injured then they will be liable to pay his whole contract.

Lamar Jackson is not in the same situation that Deshaun Watson was last year, at the time owing to the uncertainty, the Houston Texans were willing to listen to trade offers for their star, and the Cleveland Browns had lost faith in the capabilities of Baker Mayfield and were silently on the lookout for a new quarterback. The moment the news broke out that the Texans were not completely opposed to the idea of hearing trade possibilities for Watson, the Browns pounced on that opportunity and made him an offer that was too good to refuse.

Lamar Jackson has kept the whole contract negotiation process confidential and due to this, there is no clear ballpark of the amount that Baltimore offered him, we can speculate that they offered him around $150 million for the next three years but not all guaranteed. If he gets franchise tagged in the next two seasons, then he can earn $100 million in just two years. In case Lamar demands that the organization, not franchise tag him and remains adamant to get a huge long-term guaranteed deal, the last Hail Mary option he will have is to demand a trade but that seems very unlikely at this moment.

This entire fiasco has given rise to the growing popularity of players representing themselves rather than hiring an agent to do so, if Lamar did hire an agent, the negotiations would in all likelihood have ended and the quarterback would be starting the season with no worries about his future. An agent also gives the players a reality check when they need it, if Lamar really understood the difference between the situation that Watson was in and he is in, he would have been willing to settle for a long-term deal that offers a significant amount guaranteed and the remainder in installments and in the form of incentives. In any case, he is taking a big risk by not holding out this season and deciding to play, hopefully, all this season does is just increase his stock and compel the Ravens to pay him.