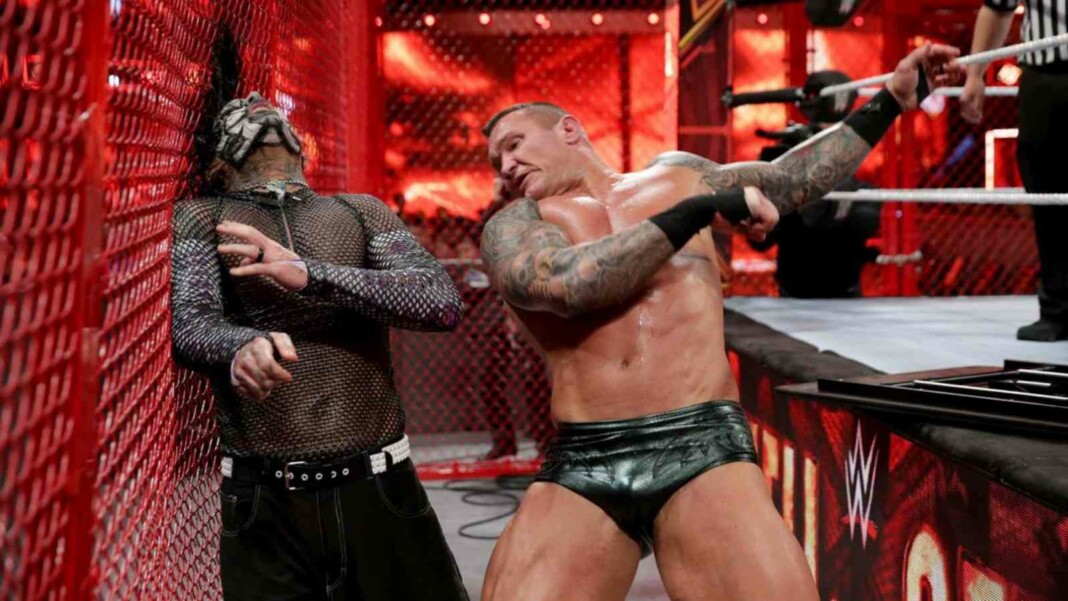 WWE has had a lot of top class feuds that rocked the WWE Universe. Some were shot-lived and some were long-lasting and exciting. Though those feuds were completed then, but still some of them if resumed could intrigue the WWE Universe and boost up their sales.

The current WWE roster is full of top class men and women. The roster has superstars with high experience and talent. With such athletes in the roster, some feuds become evergreen and steal shows anytime they are rekindled.

Here are some feuds that could be blockbusters if resumed:

The feud between the viper and the phenomenal one is a great feud to resume with the WWE Universe just returned. Their rivalry has been seen many times in WWE history. The two men have had many matches with each other and all of them were entertaining and highly brutal.

The two men have fought in many weekly events (Raw and SmackDown) and many pay-per-views. Their best match was seen at the grandest stage of them all, WrestleMania 35.

Both the men are currently in the Raw roster and are trying to work in the tag team division. If the two teams start a feud, it could reignite the heat between AJ Styles and Randy Orton and could boost the sales as well.

Roman Reigns and Baron Corbin share a lot of history with each other. Their best feud was seen in late 2019 where the two were seen locking horns a number of times. Though the feud saw Reigns coming out victorious most of the times, the battles were full of entertainment.

Their feud also included Reigns’ brothers, the Usos and Dolph Ziggler and Robert Roode in their respective sides. This could make resuming the feud easier for WWE.

Roman Reigns is the current Universal Champion and is aligned with the Usos. On the other hand, Dolph Ziggler, Robert Roode, and Baron Corbin’s career have been on a downfall. Ziggler and Roode have not been seen in WWE since they lost the SmackDown Tag Team Championships and Corbin has been begging for funds since he lost the King of the Ring crown.

If WWE resumes this feud, it could see Corbin getting a push on SmackDown whereas Reigns lengthening his Universal Championship reign.

Rollins and Balor are one of the most competitive and skillful superstars in WWE currently. Their past battles have seen both the men putting show stealers and highly intensified matches which has hyped the WWE Universe everytime.

Their feud started at SummerSlam 2016 where the two men battled to become the inaugural Universal Championship. Balor defeated Rollins there but had to take a break from WWE immediately due to an injury. When the demon king returned, he didn’t wait much to get to his old rival.

Rollins and Balor also delivered high-rated matches during the Intercontinental Championship battles. The two me battled almost for one year since 2018 before Balor was drafted to SmackDown and Rollins went on to win the 2019 Royal Rumble.

Balor recently returned to SmackDown whereas Rollins is currently under the blue brand and the two can very soon cross each other path and resume what they started in 2016.

The New Day and the Usos are two of the best tag teams in WWE history. Though the two teams are on different brands currently, their feud could boost up the WWE rating once again. Usos are currently aligned to Roman Reigns whereas New Day, who was split during the WWE Draft, are looking to revisit their tag team championship reigns.

The two teams have been in action packed, entertaining, and high profile matches before which have been one of the best matches in the previous decade.

Though it is next to impossible to resume the feud currently, but if WWE wants, the match can be ade possible at Survivor Series.

Randy Orton and Jeff Hardy are two of the oldest superstars in WWE currently. Not only that, but the two veterans are bitter rivals of each other and can do anything to put each other down. The entertaining and intriguing matches the two have had in the past are not only a proof of their ability but also of their limitless skills.

Randy Orton is one of the very few superstars who have been in the company for more than a decade. Orton even being an old superstar, makes everything look very easy and fresh. On the other hand, Jeff Hardy has seen a downfall in his career currently. He is rarely seen and has not been able to build rivalries with newer superstars.

If WWE makes Orton and Hardy cross paths on the cake it would not only be a surreal rivalry return, but would also let each other look better than now. If WWE makes their matches possible, Hardy could also make it a farewell match which would be icing on the cake.