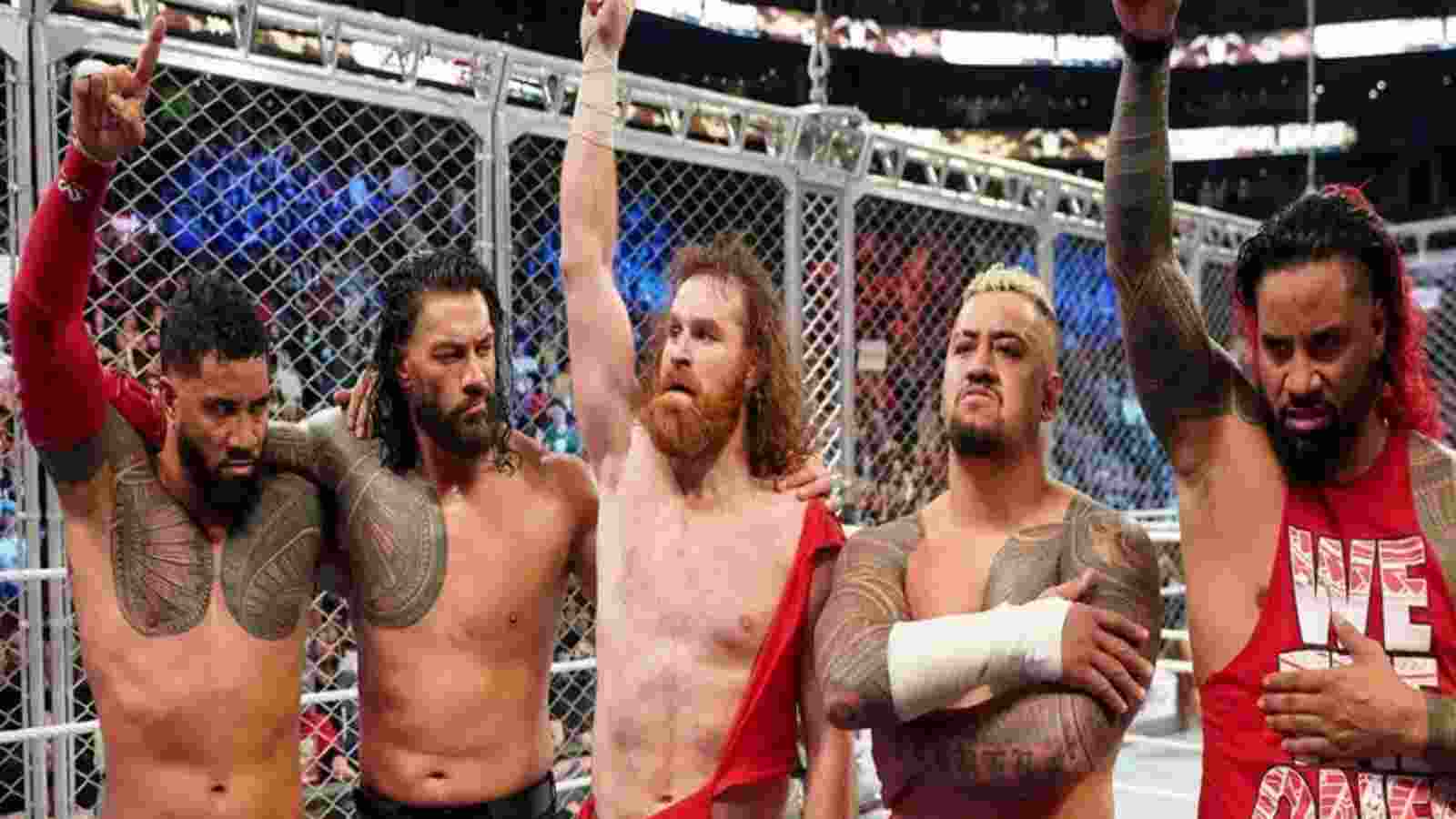 The Red runs wild in The Bloodline, but despite that, why wasn’t The Tribal Chief Roman Reigns not sporting the color despite everyone being seen in the same outfit? Well, the designer responsible for creating the outfits for The Bloodline at Survivor Series has now revealed the reason the leader of the faction was in a different outfit compared to others.

WWE gear designer Sarath Ton joined Not Sam Wrestling’s Sam Roberts for an interview and reflected on the recent gear designs of the superstars, which they sported at the premium live event. Ton also revealed the reason Roman Reigns was the only one not wearing red when everyone in the team had the same color gear.

“The Bloodline, I did all the red. You will notice that there was one member of the Bloodline who wasn’t in red, and that’s not because it wasn’t made, it was because the fabric texture wasn’t what he thought it was going to be. He put it on to see how it felt. At the end of the day, he’s the Tribal Chief, he gets to do what he wants. It would have been cool if they were all dressed in red, but at the same time, he does his thing and you’re following him,” Ton said.

Sarath said that Reigns didn’t like the fabric of the cloth which he was supposed to wear and thus shunned the idea of wearing it to the ring. Roman Reigns is the face of the company, and he has the liberty to decide what he will wear and what he will not. Therefore, Reigns wore his trademark black pants, the ones he has worn since adopting The Tribal Chief persona.

WWE designers work hard to get the appearance of the superstar right, as they feel every outfit tells a story. Sarath Ton further reflected on the minute details he engraved in Sami Zayn’s outfit. Ton revealed he wanted to engrave “Honorary” on Sami Zayn’s pants when he entered the storyline with The Bloodline. But things didn’t pace up as expected, and then he dropped the idea.

But suddenly, Roman gifted the Honorary Uce t-shirt to Zayn, and this proved Zayn was getting ecoming closer to Reigns. Thus he said that while making Sami Zayn’s Survivor Series outfita, he made it closer to Roman Reigns rather than The Usos to show his relationship with The Tribal Chief. He said that he knitted Honorary in the front of Zayn rather than the back as done in Usos to show how close Zayn is to Reigns.

Ton further explained that had they engraved it before, it wouldn’t have hit everyone the same as “The Honorary” word does now for Zayn. He said whenever they create an outfit for the superstars, they help tell a story, and therefore they add such Easter eggs for fans to notice.