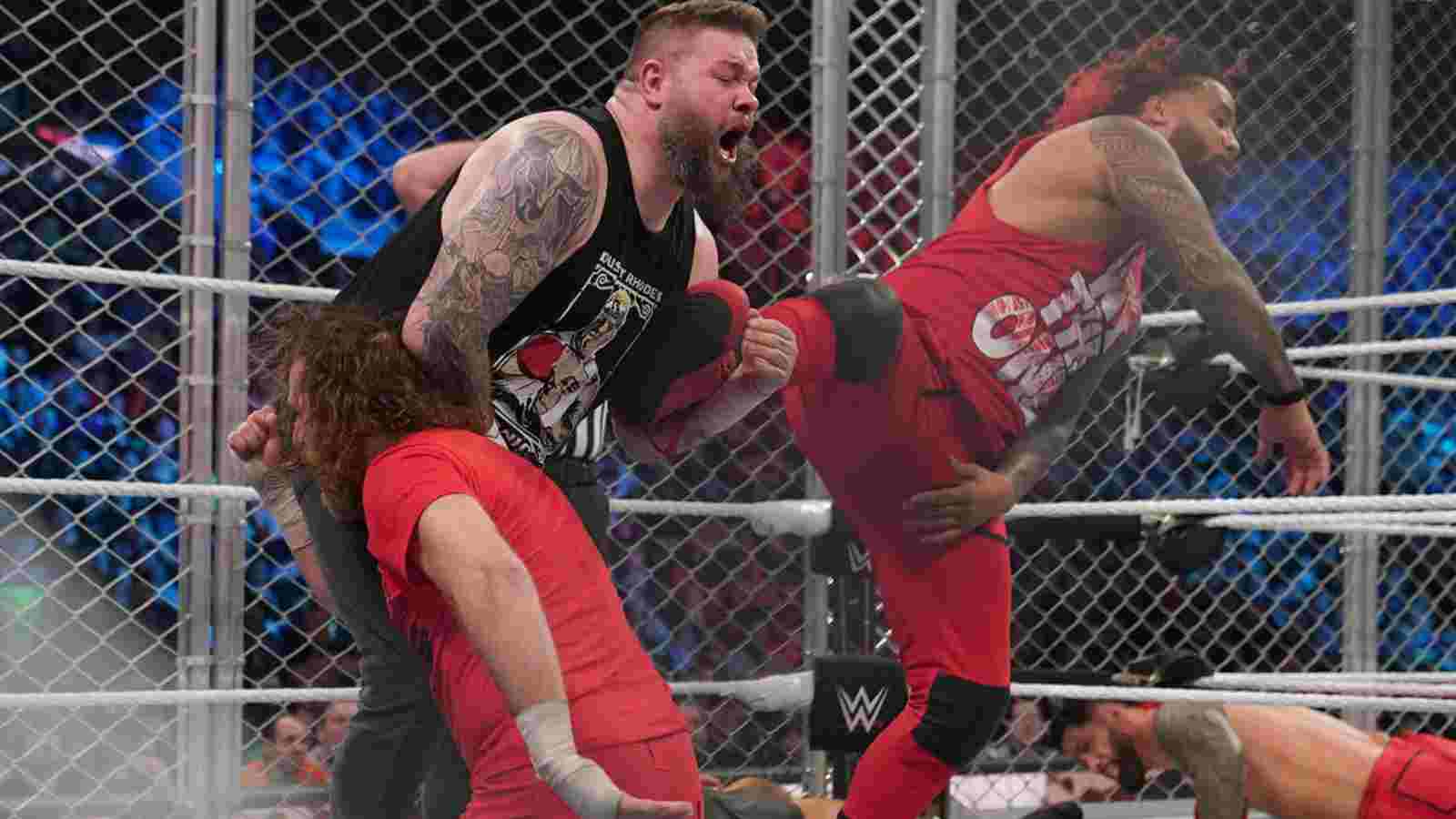 Survivor Series 2022 main event was a roller coaster. After a fantastic show, the Men’s War Games match was a banger. But things weren’t the same for former Universal Champion Kevin Owens. He was left downhearted after a brutal war in the double ring caged structure.

In a match full of brutality, doubt loomed over Roman Reigns’ mind over Sami Zayn’s loyalty. But the Honorary Uce had some other plans. Zayn delivered a low blow to his former friend, followed by a Helluva Kick, to get a victory for the Bloodline. Fans were angry over Zayn betraying Owens but were happy to see how efficiently WWE built a fantastic storyline.

Fan footage has now gone through social media where Kevin Owens is disheartened. With his long-time friend’s betrayal, Owens left Boston in dismay and disbelief at what happened inside the ring at Survivor Series. You can watch the footage of Kevin Owens disheartened here.

What are WWE’s plans for Kevin Owens at Royal Rumble 2023?

After superb storytelling, WWE has sown seeds for a tremendous opportunity for Kevin Owens. In a shocking turn of events, after a huge betrayal, Owens will probably challenge the Undisputed WWE Universal Champion soon. After a masterclass rivalry a couple of years ago, fans have awaited a collision between them for months.

With WWE’s plans to reignite the feud, fans expect another remarkable storyline. As per reports from WrestlingNews, WWE has likely decided on the main event of Royal Rumble 2023. Roman Reigns v/s Kevin Owens is probably the main event of next year’s Rumble.

The report also states that WWE has planned a tag team match for WrestleMania 39. Kevin Owens and Sami Zayn will challenge the Usos for the Undisputed WWE Tag Team Championships at WrestleMania 39. But this also gives an insight of the outcome for Owens v/s Reigns. Whatever the results are, fans may expect some stunning matches soon.