by Udayan Mukherjee
in Boxing, Football 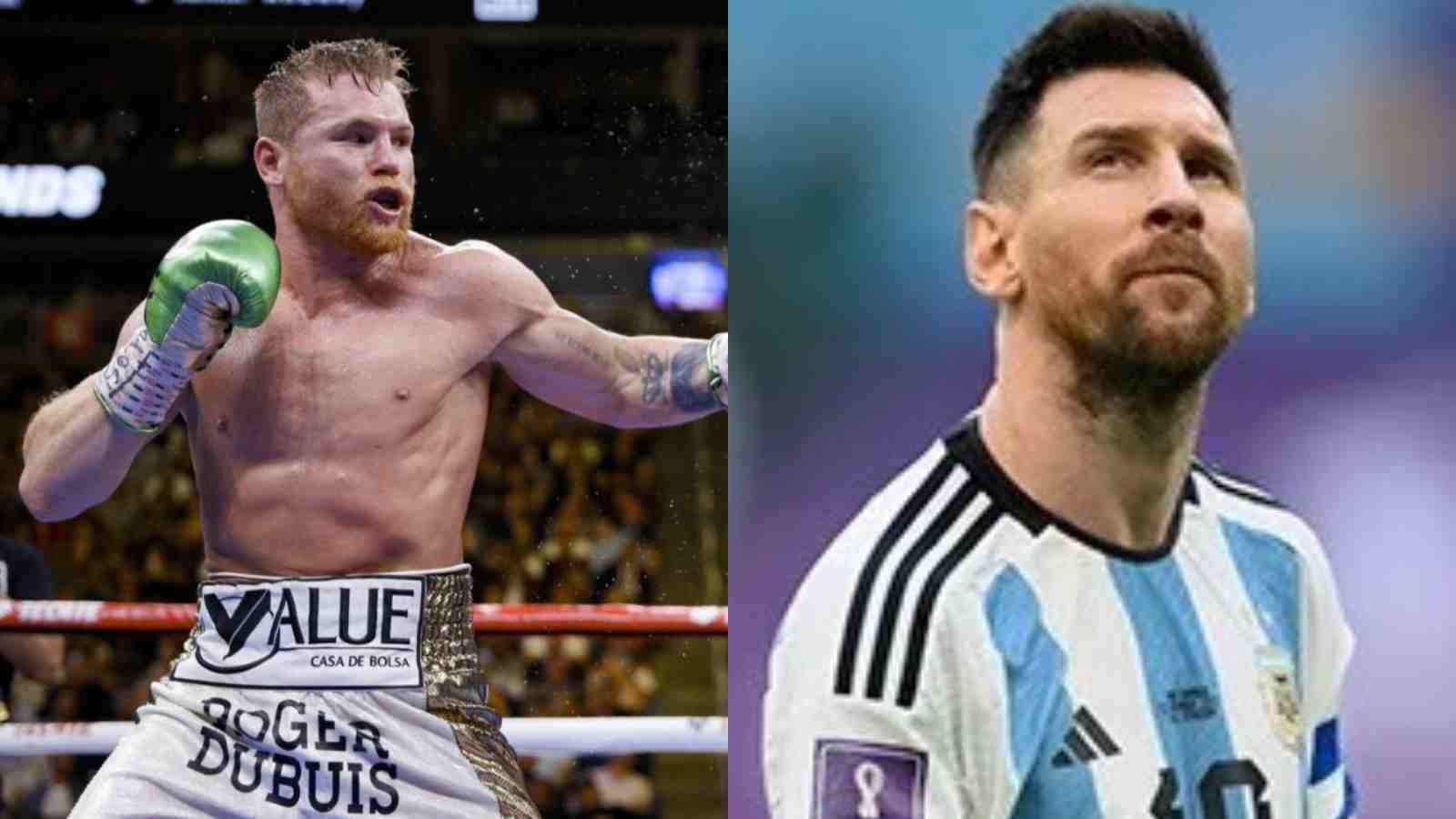 The football world is enjoying itself right now – after Lionel Messi pulled a goal out of nowhere to give Argentina the lead, and the subsequent win over Mexico, fans could not contain their excitement.

Many have tuned in to the World Cup to solely see Lionel Messi finally crowned as the world champion – the only major accolade missing from his vast array of silverware. And, for 60-odd minutes, fans had their hearts in their mouths as Argentina were unable to break through the Stoic Mexican defence. Yet, the beloved footballer did it again – firing a trademark shot from just outside the box to make it 1-0 to the Albiceleste. The Argentines won 2-0 in the end, via a goal from Enzo Fernandes.

However, it seems like not everyone is a fan of Messi. Boxing superstar Canelo Alvarez definitely isn’t- being Mexican, it is only likely that he would have been supporting the men in green to get the job done against the formidable Argentines. However, despite giving Argentina their due props, Alvarez aimed very sharp barbs at Lionel Messi on Twitter.

A couple of his tweets read, “Messi was seen wiping the floor with our shirt and flag ????” and “May I ask God not to find him!” The context for these hateful tweets is this – a video has emerged of Messi apparently partying in the locker room after the game, with the Mexican shirt under his boot. Alvarez sensationalized this by accusing the superstar of using the jersey to wipe the floor. For clarity and context, a tweet has been attached that explains the situation.

It would be safe to assume that Alvarez is a staunch patriot – add to that, this is the first time he has tweeted since October (when he tweeted out in support of Mexican F1 driver Sergio Perez). Additionally, national jerseys are considered sacrosanct by many nations and their people. Hence, it is only likely that seeing these images, coupled with the disheartening loss aggrandized Canelo Alvarez.

After posting the violent threats, it did not seem like the boxing superstar was going to relent anytime soon. Specifying the target of his frenzied rant, he wrote, “Just as I respect Argentina, you have to respect Mexico!! I am not talking about the country(Argentina) I am talking about Messi for his sucking [behaviour] that he did”, “Since the Mexico shirt is on the ground, it’s an insult” and “Whoever doesn’t defend his homeland is a Culero… fanaticism is one thing, your identity is another. VIVA MEXICO CABRONES”

It seems like Canelo has taken the issue to heart, as would be the case with anyone who sees an act of flagrant disrespect towards their country. That being said, it could also be the case that Messi did not intentionally drop the jersey to the floor. However one puts it, the truth of the matter is that the situation is teetering on the brink, and is waiting to explode with any small catalyst.