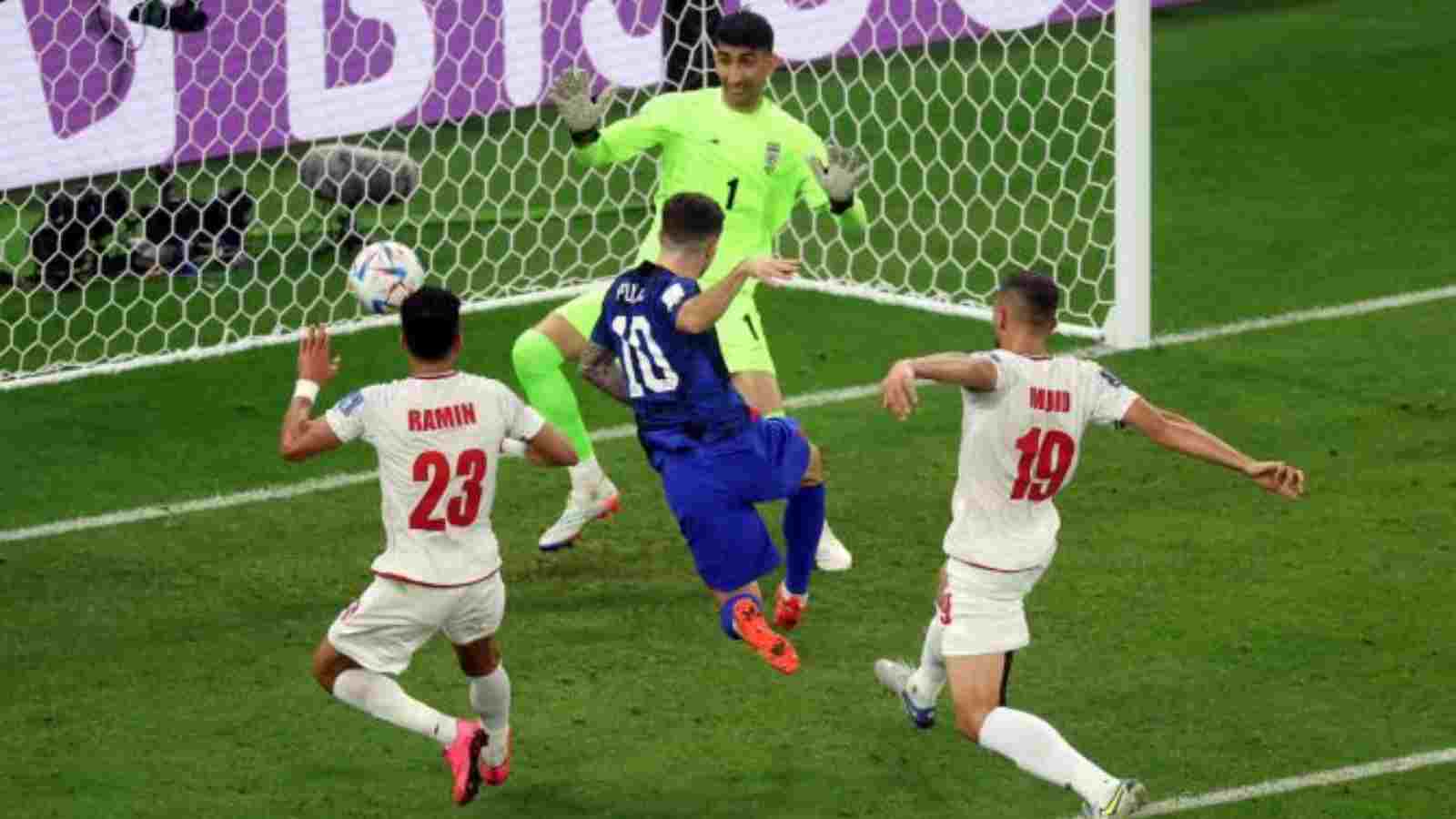 Christian Pulisic ion the way to score the winner against Iran last night.

Group B has not been a disappointment for the fans at all and fans wanted a good end to the final group stage matchup. As everyone wanted the group to end on a high and things went as expected as Iran and USA produced a beautiful game of football with USA having the last laugh at the end of 90 minutes progressing to the next round of the FIFA World Cup.

Iran was in the second-place and USA was placed third with both teams being very much in contention for the round of 16 stage but Pulisic’s first-half goal was enough for the American team to hold on to and beat the Iran side who looked really dangerous and emphatic during the ongoing FIFA World Cup.

Iran players looked absolutely distraught at the end of the match and fought till the last minute and didn’t give up even after losing their first match to England by 6 goals to 2. The Asian team can be proud of the brand of football they have displayed during these three group stage matches and need to take the positives out of this short-lived FIFA World Cup experience.

What did coach Gregg Berhalter and USMNT players say about the injury of Christian Pulisic?

Christian Pulisic has been diagnosed with “pelvic contusion” and his recently posted picture from the hospital bed has got the USA fans absolutely worried about whether or not their main talisman will be available for the Netherlands round of 16 matchups. Coach Gregg Berhalter said, “Christian makes those runs…that’s what he does, that’s the special quality he has.”

He added, “As soon as the ball is wide, he goes in with intensity to the penalty box and good things happen.” Weston McKennie said, “Every single player is ready to lay their body on the line to make sure this team is successful.” Tyler Adams also said, “He’d do anything for this team in order for us to win.”

Read More: Denmark, Germany, and England plan to leave FIFA after the organization prohibits them from promoting ‘OneLove’ bands: Reports

Read More: Liverpool boss Jurgen Klopp admits not signing this player was “one of the biggest mistakes in my life”