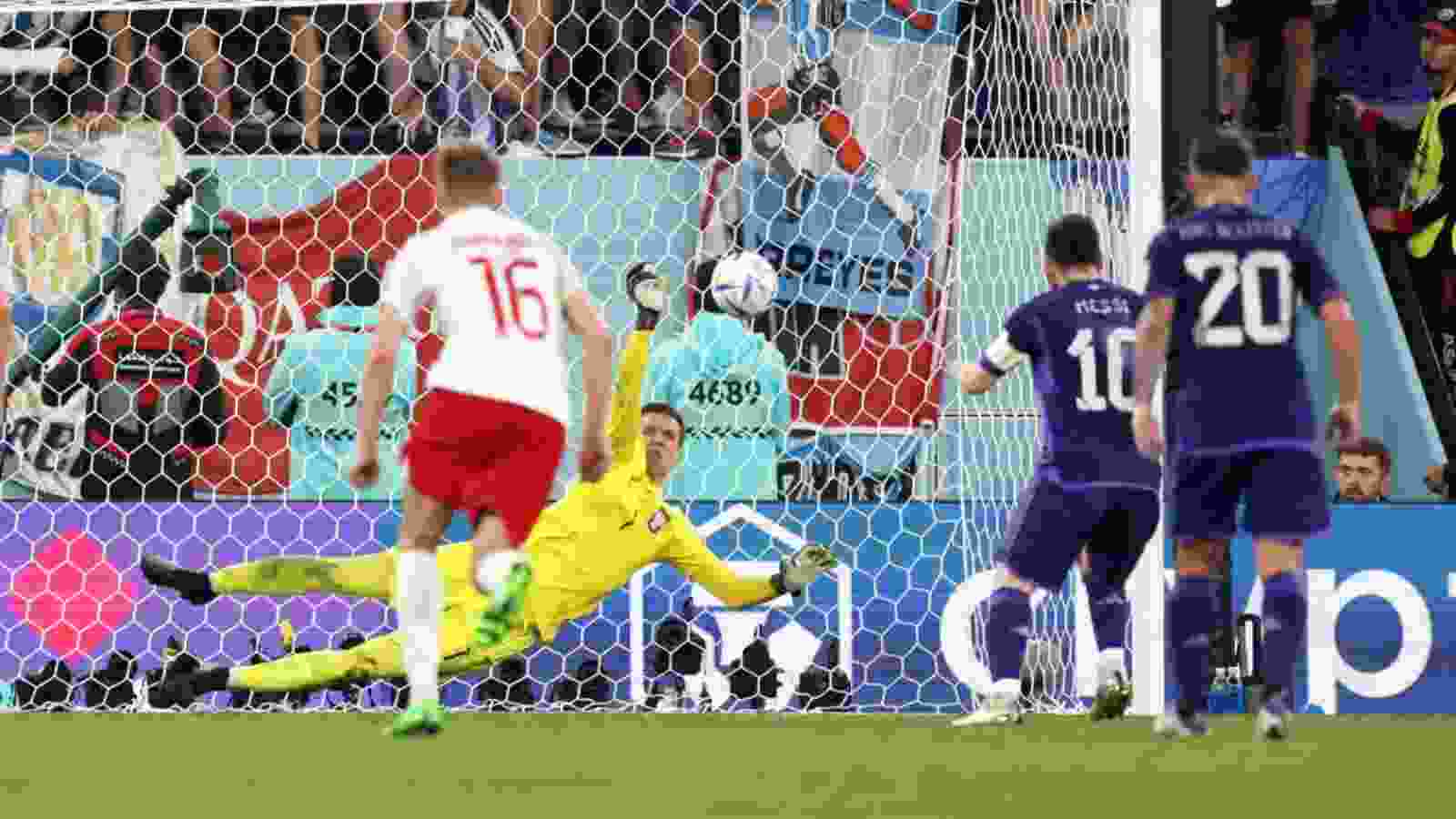 Lionel Messi on the way to getting his penalty saved.

One of the top contenders of the ongoing FIFA World Cup, Argentina are facing Poland for the third group stage match that will decide their fate in the tournament. Argentina will qualify for the round of 16 stage with a win over the European nation but a draw will toughen up things for them.

The match began with great hope and belief and the Argentina players were all over the place and were consistently attacking at the Poland penalty box trying to grab an early lead. Di Maria and Julian Alvarez worked some beautiful charismatic saves off the Polish keeper Wojciech Szczesny.

Just minutes before the half time, Lionel Messi jumped to slot in a header past the keeper and got himself touched by the keeper in the process. The referee took the help of VAR to award Argentina a penalty which was hugely controversial and Messi had a great chance to put his side in a 1-0 lead just before the end of the first half but his left-footed strike was saved.

The whole world crashed after Lionel Messi missed the penalty in what is a much-needed match for Argentina and by missing the chance to put his side in a lead, all the footballing fans have taken to Twitter and bashed the player. With fans recalling the moments of his previous penalty misses at the World Cup, fans are saying that it “would not be a legitimate tournament without a Messi penalty miss.”

Some fans have also stated his considerable attachment to penalty misses at big tournaments saying “Messi & penalty miss….name a better love story.” Some also said that whenever Messi misses a penalty in a big match, his team ends up on the losing side and only time will tell if it’s going to be that kind of day for Argentina as well.