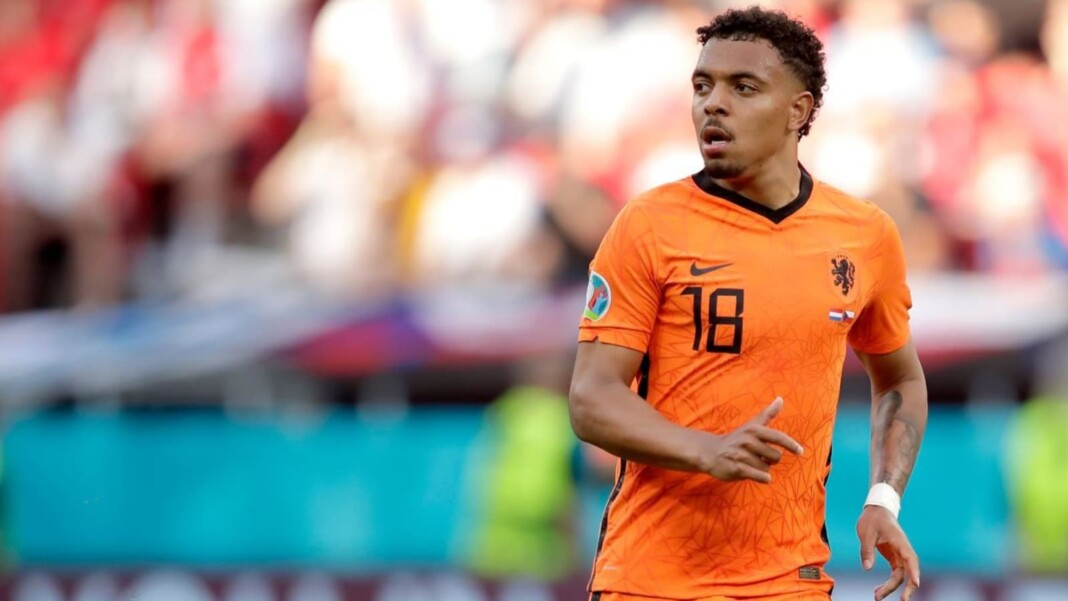 Borussia Dortmund have finally landed their new signing Dutch striker Donyell Malen from Ajax. He comes in to replace the legend of Jadon Sancho, who has finally left the club this summer to take on another chapter in his life.

Borussia Dortmund have shelled out 30 million Euros out of their 85 million Jadon Sancho fund, to land the highly talented and prospering 22-year old Donyell Malen. He has signed a 5-year contract at the club and is all set to set the stage ablaze in the Bundesliga in the upcoming season.

Who is Donyell Malen?

Donyell Malen is a Dutch professional footballer who plays as a striker for Bundesliga club Borussia Dortmund. The 22-year old striker has built a reputation of knowing where the goal is and has played for Arsenal and Ajax in the past.

Malen started his career at Dutch club Ajax in 2007 and played for the club for 8 long years till 2015. However, the bright striker then caught the eye of Premier League giants Arsenal scouts’ who brought him to the club’s academy in 2015, despite there being significant resistance from the part of his then club Ajax.

He played for Arsenal’s youth teams for 2 years scoring goals for his side, despite being employed mainly as a winger as opposed to being played as an out and out striker. He scored 44 goals during his tenure at the club but failed to break into the first team squad under Arsene Wenger.

In 2017, Malen once again returned to his home country after PSV Eindhoven napped up the player from North London. He went on to make his senior team debut for PSV in the same year and went onto score goals for fun. During his 4 year stay at the club, the striker has made a total of 116 appearances in all competitions scoring 55 goals while also providing 24 assists.

How Will Donyell Malen fit in at Borussia Dortmund?

Borussia Dortmund’s new coach Marco Rose, generally has been a fan of a two striker formation with a diamond at the back and Malen would perfectly fit the bill for the German coach’s tactics. Malen can operate across the pitch in any attacking position, most recently playing as a centre-forward at PSV – his preferred role. He can also play as a winger, and his versatility would be an added bonus for the coach if he looks to change up his formation during the course of the season.

Malen is not a huge figure up front standing at just 5’8″ but he compensates that with his impressive technical ability on the ball and his defensive awareness which is often needed in modern football. Dortmund fans cannot wait for the striker to link with their talisman Erling Haaland, and the duo should get along pretty well on the football pitch given their individual prowess and the strengths they posses.

Malen has already joined the squad in Switzerland and the Yellow and Black brigade have already started rooting for him to produce the goals which Jadon Sancho has made them used to over the past seasons.