Red Bull and Max Verstappen have gained a positive momentum just when things mattered the most in the 2021 F1 season. Having made a significant comeback in the Constructor’s, the Austrian team feels that the Brazilian GP could be the race where they could turn the tables on the reigning champions. On the other hand, Verstappen has extended his lead by 19 points and looks ready to add to it in Sao Paolo.

Having already stated that he doesn’t want to think about the title just yet, Verstappen states simple mathematics for Brazilian GP, which will consist of yet another sprint qualifying.

“It’s a great season with a lot of pole positions and a lot of Grand Prix wins, but the only real winner is the one who is on top at the end of the season”, Max Verstappen soberly tells the NOS. “The math is very simple. If I always finish in front, Lewis Hamilton won’t be close. If you win as many races as possible and are consistent, it makes your life a lot easier.”

“The Dutchman added, We have often performed well here, but Mercedes will be faster here than in Mexico. In 2019 I won the race, but then Lewis and I were close. I expect something similar, but the weather could also play a role.”

“The team has been world champions four times already. They know what’s involved. If the car is good enough in the next month, it’s going to happen. When I started at Toro Rosso in 2015, I knew winning wasn’t in it yet. Formula 1 has always been like that.”

“Most teams are hopeless for the win. That’s why I’m enjoying this year extra. I can’t complain about my performance and my team. It’s my finest F1 season. Not my easiest; I notice everyone is watching me even more. They try to make a story out of everything, but I focus on my task: accelerate.”

Also Read: Valtteri Bottas Reveals he did not Have “Peace of Mind” During… 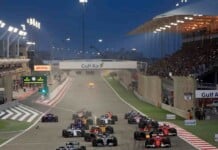 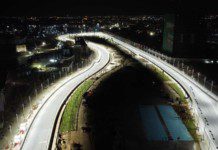 Saudi Arabia Grand Prix Live Stream: When, Where, And How To Watch The Race