Qatar GP surely wasn’t a pleasant experience for Valtteri Bottas who just has a handful of races left in his Mercedes’ tenure. However, having to fail to score points for his team when the championship battle is deadlocked with Red Bull, the Finn driver questioned a particular message by his team boss, Toto Wolff on the team radio.

Despite what was no doubt meant to be a day of celebration for the seven-time world champions, Lewis Hamilton’s current teammate Valtteri Bottas was clearly left frustrated with the comments of Toto Wolff during the first race in Middle East. With the latter having the reputation to send hurried up messages on team radio, the Qatar GP surely proved no different.

What was opinionated by Valtteri Bottas on Toto Wolff?

Bottas began the race in Qatar with a three-place grid penalty leaving him in sixth, and the Finn continued to struggle throughout leading to Wolff sending a hasty message over the radio waves in a desperate hunt for points.

He said as quoted by Express.co.uk, “It’s normal. He’s living in the moment. It’s while I was trying to make a move. It was surprising then when I got the [message]…maybe the timing was not right, but no problem.”

The Finn also opened up on the puncture that led to his premature finish, admitting the fault came as a surprise to him whilst out on the track. He continued, “There was no warning, no vibration, the pace was feeling consistent, the grip was okay. I didn’t run any wider in the kerbs. It just happened.”

Valtteri Bottas went on to add that he initially thought there had been a change in the wind, as he described the timing of the dreaded puncture as ‘the worst’.

Also Read: Lewis Hamilton and Max Verstappen are on Their Own in the… 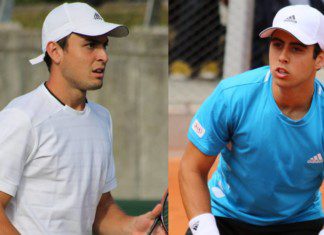