Who could be Cody Rhodes’ WrestleMania opponent after Seth Rollins got injured? 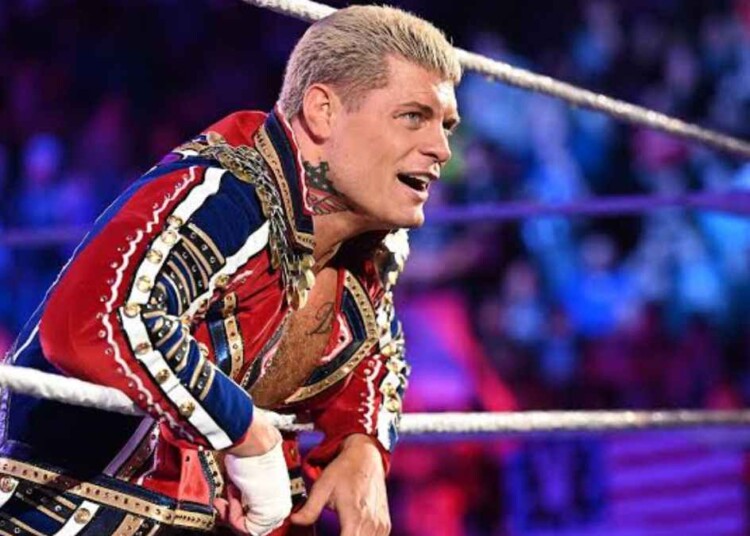 The recent Monday Night RAW episodes have fueled the desire of the WWE Universe to know who Cody Rhodes will confront once he is back in the business. Will Cody go face-to-face with Seth Rollins and take revenge on his opponent, or will he step in front of the Undisputed WWE Universal Champion and fulfill the dream of his father of winning the Universal Championship?

Cody Rhodes gave goosebumps to the WWE Universe when he appeared in the ring at WrestleMania 2022 as Seth Rollins’ surprise opponent. Cody also claimed his dominance over Seth Rollins as he came out on top in back-to-back matches following the Premium Live Event. However, Cody’s dreams and aspirations fell with a thud when he suffered a pectoral muscle tear at Hell In A Cell back in June.

The injury led him to surgery, and the medical team has stopped him from entering the WWE ring since then. With Royal Rumble less than a month away, Cody recently made an appearance at the recent RAW episode, and the WWE fans took no time to take it as a sign of his in-ring return. However, everyone now is left with the question, “Who would the American Nightmare face if not Seth Rollins?”

The recent Monday Night RAW episode wasn’t the best one for Seth Rollins. During his title match against Austin Theory, he seemed to have injured himself. Being prone to knee injuries, ‘the Visionary’ was taken backstage. If the injury is legitimate, Rollins will have to take a leave from the ring for some time now.

Related – Will Seth Rollins’ injury force him to miss WrestleMania 39?

The American Nightmare was very clear about his objective of entering WWE once again. He openly declared that he aimed to win the WWE Championship, which his father couldn’t. Many reports also claimed that WWE had originally planned to let Cody win the Money In The Bank contract and thus take away the championship from Roman Reigns. However, his injury changed it all for him.

Many reports also claimed that the plan to make Cody the winner at MITB was started by Vince McMahon. With the change of power inside the WWE, all of Vince’s plans are considered to be scrapped. With such a versatile personality, WWE can put Cody Rhodes to any storyline and make it a chartbuster.

No one has an idea when Cody Rhodes will step into the ring again. If the medical team permits, Cody will be someone to watch out for at the Royal Rumble. Cody winning the Royal Rumble would pave a great way for the WWE authorities to make a grand script for WrestleMania 39. Roman Reigns already has a strong field of competitors for the “Grandest Stage of Them All,” and Cody is a prominent name among them.