“This car has a very special place in our hearts”: Twitter fans admire the mighty Red Bull RB16B that won Max Verstappen his first world championship in 2021 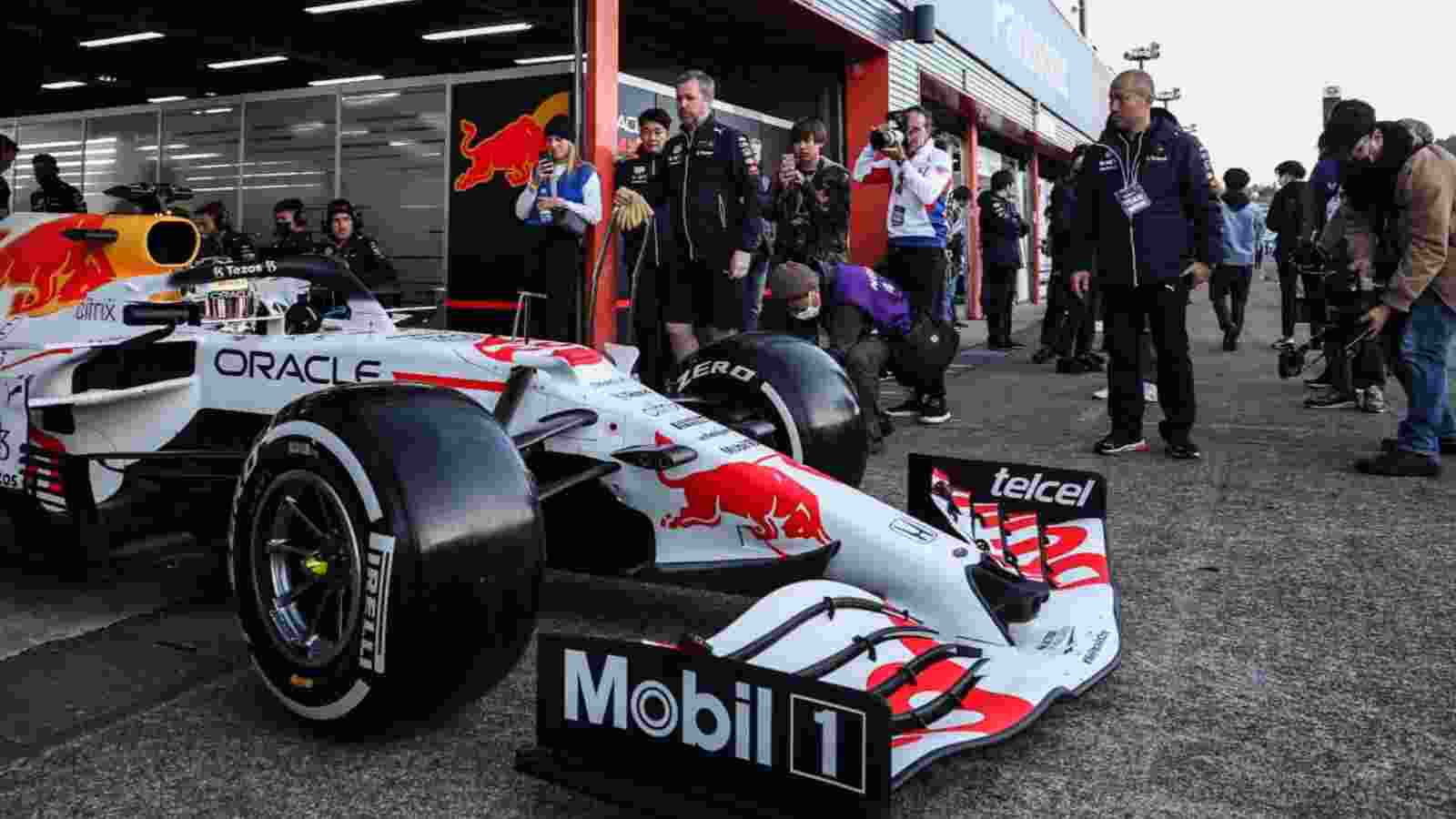 Honda had talked about leaving Formula 1 at the end of the 2021 season, putting an end to their long-drawn partnership with Red Bull and AlphaTauri. But then, they reentered the new 2022 Championship with their engines supporting Red Bull’s RB-18, which ultimately went on to win the World Championship title for Max Verstappen. On the Honda Thanks Day, celebrated with grandeur in Japan, Red Bull’s previous year’s F1 car was out on display, and it sported the special Honda livery that the team had designed to show their gratitude for their engine manufacturer.

Fans were in awe of the beautiful white livery that Max Verstappen and Sergio Perez‘s racecars sported at the Turkish Grand Prix. The Red Bull RB16B finally went on to win Max his first-ever World Championship, and thus, the car will always hold a special place in every Red Bull fan’s heart. So, when the car was out on display once again at this year’s Honda Thanks Day, fans reacted to the beautiful racecar that had given Mercedes a run for their money in the 2021 Championship season.

In 2022, Red Bull sported their regular black-and-red livery which has become a common site for their fans. Thus, when the white-and-red livery dedicated to Honda, was brought out for the fans to look at, during the Honda Thanks Day display, all of the Twitter users commented on how they had expected that the livery would make an appearance at least once in one of the 22 races of this year.

This car has a special place in our hearts💙❤️ pic.twitter.com/JOm8ZT5K2O

Stunning at every angle pic.twitter.com/jEAIwTxfnN

The white is so much better than the blue.

Love this one. Was bummed they didn't bring it back this year. Max winning the championship in this in the rain would have been sick!

Please bless us with more pictures of this livery 👀 it's the best.

Red Bull finally got their much-coveted World Constructors’ Championship title in 2022, almost a decade since their last victory in 2013. With the upcoming season in sight, they have a lot to worry about since Mercedes, who had suffered terrible underperformance in the recently-concluded season, will be looking for retribution from the very beginning of the next season.