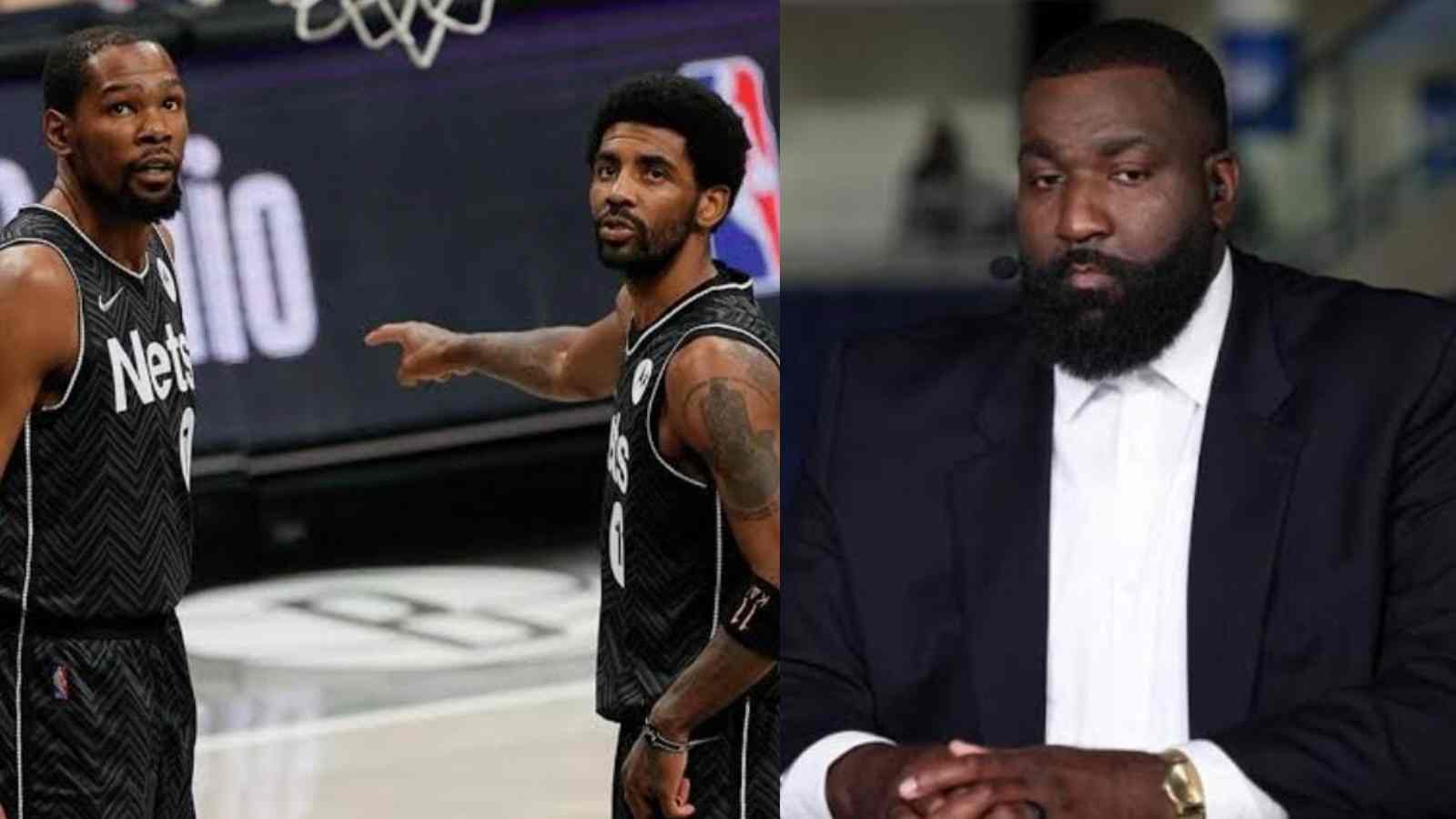 Kendrick Perkins is all over the NBA headlines and the reason is again a fiery take of his. On the receiving end this time we have Kevin Durant and the Brooklyn Nets. Big Perk has thrown out a sensible and fair take against the New York-based team. As they are down and struggling on all ends of the game. Kendrick Perkins also feels bad for the Nets fans as the team is doing nothing but just disappointing them.

The Sacramento Kings hosted the Kevin Durant led Brooklyn Nets at Golden 1 Center. And, handed out the New York-based team an embarrassing loss as the final box score stands at 121-153. The Nets really allowed the Kings to drop 150+ points on their heads and were even limited on the offensive end against them. As the Nets are missing Kyrie Irving and now it looks like a one-man offensive line-up. Since Kevin Durant is out there fighting alone.

After the game ended, Kendrick Perkins called out the Brooklyn Nets for the brutal blowout loss they just experienced while going against the Sacramento Kings. Kendrick Perkins in a tweet from his personal Twitter handle wrote: “The Nets are officially “Dead Bird Tall Grass” first they lost to the Lakers and tonight they gave up 150!!! To all the Nets fans out there I would like to send my condolences. Carry on…”

Kendrick Perkins also brought in the Nets’ matchup against the Lakers which also ended with the Kevin Durant led squad being on the losing end. Perkins by claiming the New York-based team to be “Dead Bird in the tall Grass” has already declared them finished and honestly, he ain’t wrong. But it’s very early to say such things especially when a team has a whole season ahead to get better and improve on the necessary ends.

Can Kevin Durant single-handedly lead the Nets across?

Kyrie Irving isn’t back yet and his future with the Nets and even in the league is very uncertain. Without him, all the pressure, especially on the offensive end, is on Kevin Durant and now the team is nothing but just a one-man offensive line-up. They are also down on the defensive end as they are bad with floor-spacing and chemistry while guarding their rivals.

Kevin Durant though hasn’t given up and is fighting for his team while Kyrie Irving is unavailable and Ben Simmons is yet to wake up. KD right now is averaging 30.3 points, 6.5 rebounds and 5.3 assists. He is doing everything he can and balling out as soon as the first whistle is blown. As he throws out every unnecessary thing the organization is a part of right now straight out the window and focuses on getting the job done when he’s on the court.

Kevin Durant is doing great on both ends and trying to lead the Nets across but he single-handedly can’t lead the team across. As he needs someone maybe not on the offensive end but surely on the defensive one to back him up, especially after the Kings dropped 153 against them. So it’s high time for the team to bring in the necessary changes if they don’t want to waste another year of the guys they have brought together while giving away the future of the organization.