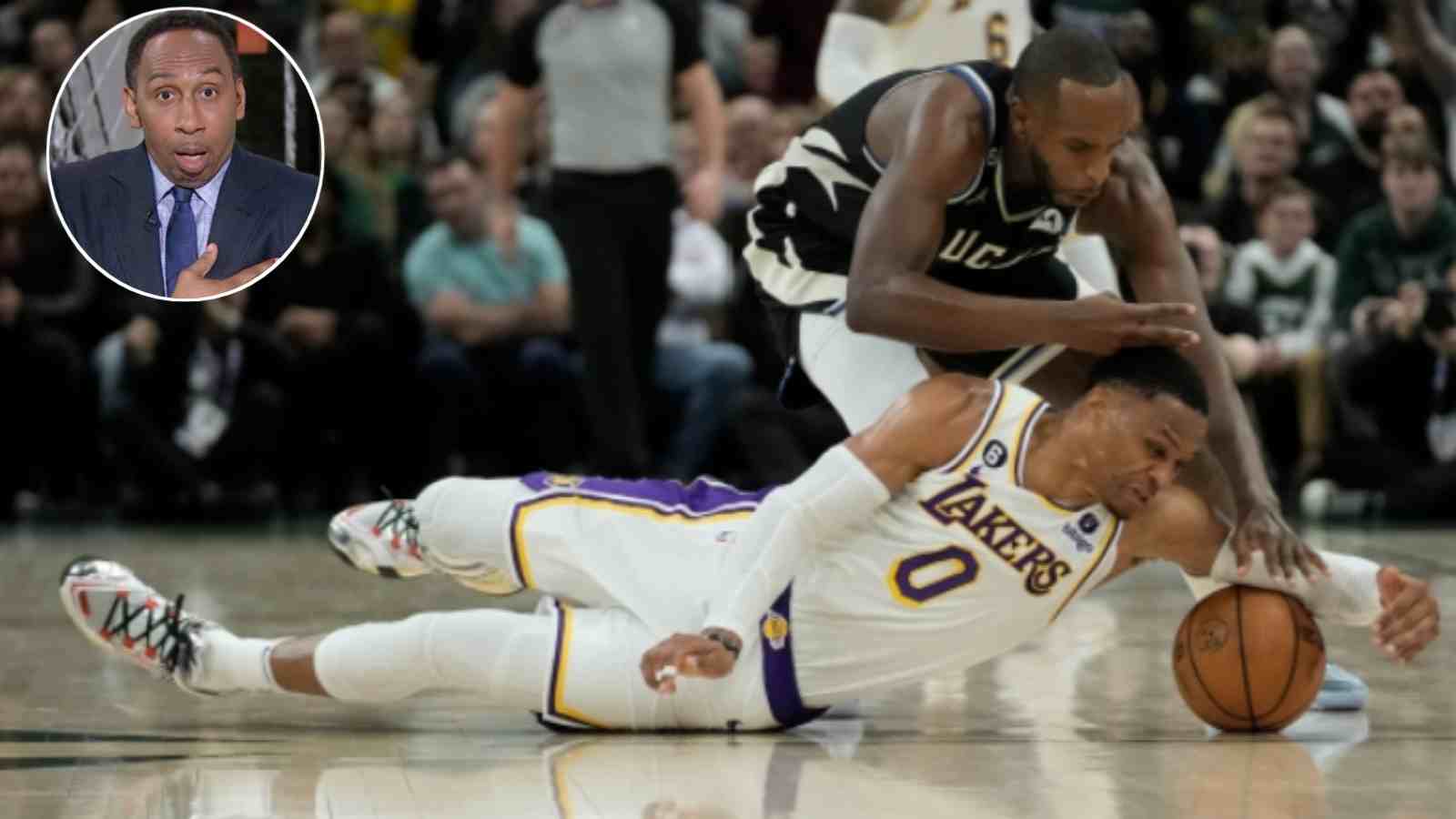 Stephen A. Smith is all over the NBA headlines and the reason this time isn’t something controversial or him criticizing a star from the league. Instead, it’s a rough and tough game-winning play from Russell Westbrook against the Giannis Antetokounmpo led Milwaukee Bucks. Stephen A. Smith was really impressed watching the hustle Russell Westbrook was doing on the court to land the Lakers on the fortunate winning end.

Recently, the Milwaukee Bucks hosted the Los Angeles Lakers at Fiserv Forum. The game was closely contested and head-to-head all the time. As both the teams were doing anything and everything possible. Also, let’s not forget the battle between two of the best Power Forwards in the league: Anthony Davis and Giannis Antetokounmpo.

The Lakers wrapped it up at 133-129. Russell Westbrook coming off the bench for the Hollywood-based team again did wonders and humbled up his haters with his hustle and influence on the floor. Even Stephen A. Smith was hyped up watching Brodie ball out as the viral clip of his says it all.

In the game, Russell Westbrook dropped 15 points, 7 assists and 11 rebounds. He backed up Anthony Davis who ran the offensive end while dropping 44 points, 4 assists and 10 rebounds. Even Giannis Antetokounmpo put up great numbers but those weren’t enough. As the former FMVP had 40 points, 5 assists and 7 rebounds.

Russell Westbrook showed up on the defensive end during the clutch time when the game was unpredictable and very close. As with one minute and twelve seconds remaining, Khris Middleton missed a pass and turned the ball over. But it was Russell Westbrook’s hustle for the loose ball as he dived and got the possession.

This rough and tough play of his got the Lakers a five-point lead. As he passed the ball to LeBron James who dished it out to Anthony Davis to finish the play with a dunk. Stephen A. Smith and Pat McAfee were spectating the game live on, “NBA in Stephen A’s World” and they were the best hypemen for Russ after the play. As from yelling out in support to throwing punches, they did every possible thing.

Also Read: “Felt like Superman II when he gave up all his powers,” 50-year-old Shaquille O’Neal revealed how pathetic he felt in a recent pickup game

Can Russell Westbrook and the Los Angeles Lakers get across?

It’s still too early to predict or claim on Los Angeles Lakers’ future this season. But if they keep balling out at the same pace they are surely getting themselves a playoff berth this year. But for that to happen Russell Westbrook will have to keep balling out with the second unit and improve the bench. Also, the superstar duo of LeBron James and Anthony Davis will have to stay healthy and lead the team ahead.

But with the approaching 15th of December, a lot of things in the team can change. As they’ll be able to ship across not only the stars of the team but also the free agents they signed this offseason. So them bringing in some new faces can change the whole narrative around them and no one knows what they are aiming at and who can make them better as a team. But if the Lakers plan to continue with the same Big Three and get someone on the supporting cast they’ll still be a threat to the league when healthy.