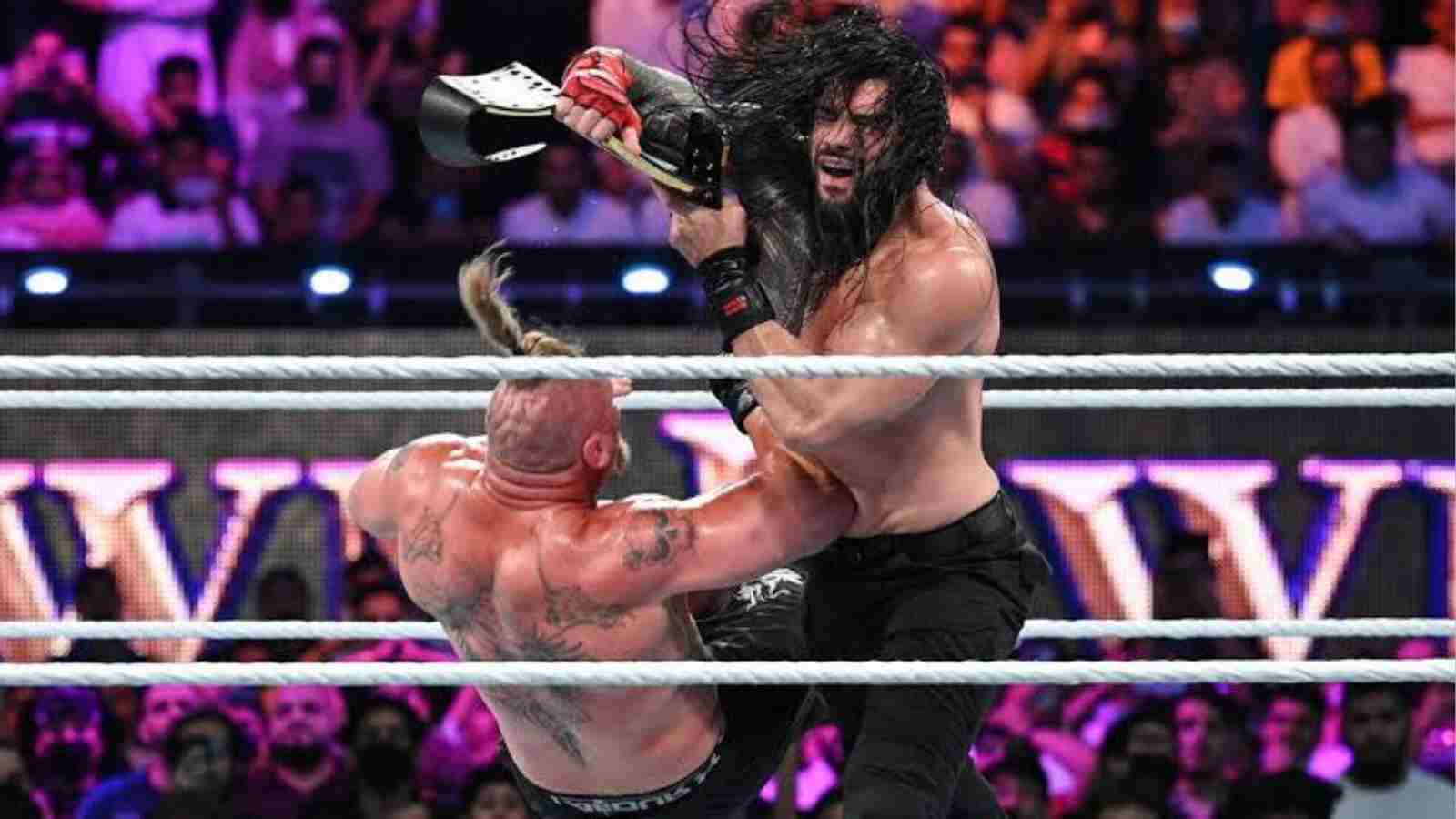 Roman Reigns leads up the eight match rivalry with Brock Lesnar with a score of 5-2. (Image Credits - WWE)

Roman Reigns and Brock Lesnar‘s rivalry is surely one of those to go down in the history books. The two have met on eight different occasions and have produced visual spectacles for the fans in attendance and WWE Universe enjoying themselves from their homes in comfort. The two last met at SummerSlam 2022 with Lesnar challenging Reigns for the Undisputed WWE Universal Championship in a losing effort.

Now, The Tribal Chief has opened up on his rivalry with The Beast Incarnate and has said that even after the repetitive Reigns-Lesnar rivalry the fans didn’t get enough of it because they kept bringing something new to the table. Referring to their last three encounters against each other Reigns praised Brock Lesnar for his character work.

While speaking about Lesnar’s Cowboy persona, Roman Reigns said- “To me, if he doesn’t level up and showcase the Cowboy Brock character, then don’t nobody give a sh** about Brock next to the Tribal Chief,” Reigns further told The Ringer that he knew that he was levelling up with his character work and Lesnar knew it therefore he also had to step up his game with a character change.

Roman Reigns further termed the character developments as the “perfect recipe” for a feud where two of the biggest names in the modern day wrestling era want to claim their territory. Reigns said that in this type of competition there is no “backstabbing” as one is aware that if he is not up to the mark then it’s the end of the road for him.The Tribal Chief remarked that while many were expecting it to be the same old Brock vs Roman match again, but they went one step ahead and delivered a cult-classic for the fans.

To those unaware, Roman Reigns defeated Brock Lesnar in a Last Man Standing Match at SummerSlam to retain his Undisputed WWE Universal Championship. The match saw Brock Lesnar in his cowboy persona which included him making entrance on tractor which he even used to topple the ring in the match.

The match recieved praise from fans and critics alike. With win over Lesnar, Reigns stands now 5 up in the eight match rivalry. The stats are surprising as the two had their first match in 2015 and colliding 7 times in a span of less than 10 years shows how comfortable these two are working with each other inside the squared circle.

The only time their contest had a winner other than Lesnar or Reigns was at the time of WrestleMania 31 when Seth Rollins had cashed in his Money In The Bank contract to pull off the biggest heist in the history as he won the WWE Championship. For the time being it doesn’t seem like both Roman Reigns and Brock Lesnar will square off against each other anytime soon but a future rivalry match might be waiting for the two.