What is the Real Name of Roman Reigns? 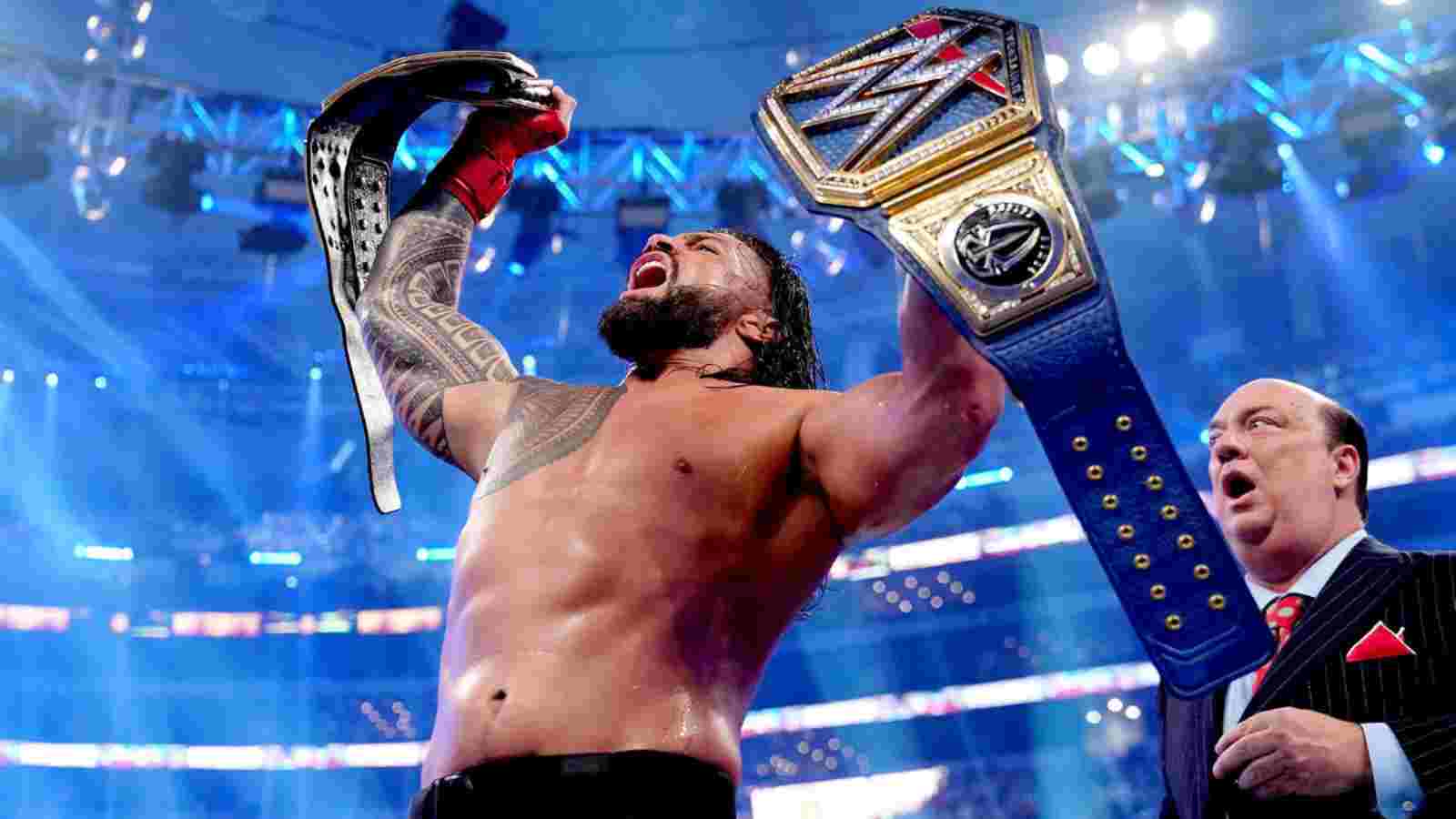 Roman Reigns has dominated the whole WWE roster. The Tribal Chief has been on his throne for the past couple of years now. But nobody has been able to knock him down from the top. Reigns has been the world champion of WWE for more than 800 days now, breaking numerous records in his reign.

Roman Reigns’ real name is Leati Joseph ‘Joe’ Anoa’i. Wrestling is in his blood. He is a second-generation talent and his family, the Anoa’i family, is known for wrestling. Reigns, who calls himself the ‘Tribal Chief’, debuted in 2012, and a decade later has earned himself a spot at the top of the roster.

Roman Reigns is the son of legendary wrestler Sika Anoa’i (real name Leati Sika Amituana’i Anoa’i). His father was a part of the dominant faction, the Wild Samoans, along with his brother, Afa Anoa’i. Reigns also had a brother, Rosey, who debuted in WWE in 2001. Sadly, in 2017, Rosey died due to congestive heart failure and atrial fibrillation.

Roman Reigns has several members of the Samoan family who are connected with WWE. Reigns has numerous cousins in the company, along with his father and late brother. Reigns’ grand-uncle, the late great Peter Maivia, was one of the men who began the wrestling industry and shed light on it.

Among his multiple cousins, WWE Hall of Famer Yokozuna was one of the most popular and noteworthy superstars of his era. WWE Hall of Famer Rikishi is one of the cousins of the Tribal Chief with a great history in the company. Late Great Umaga is also a cousin of Reigns and a great name in the wrestling industry.

Though many know top superstars, Jimmy Uso and Jey Uso as cousins of Roman Reigns, that’s not the case in real life. He is rather the uncle of the twin brothers. At Clash at the Castle 2022, another member of the Samoan Family made it to the main roster of WWE. Solo Sikoa helped his uncle, Roman Reigns, at the event to end the PLE on a high note.

ALSO READ: How many championships has Brock Lesnar won in WWE? What are his accomplishments in WWE?

The Samoan Family has contributed a lot to the wrestling industry, particularly WWE. Roman Reigns has followed his elder’s steps and taken the legacy of his family to a different level. The Head of the Table is one of the most decorated athletes in sports entertainment and is acclaimed by many.

ALSO READ: How many championships has Charlotte Flair won in WWE? What are her accomplishments in WWE?